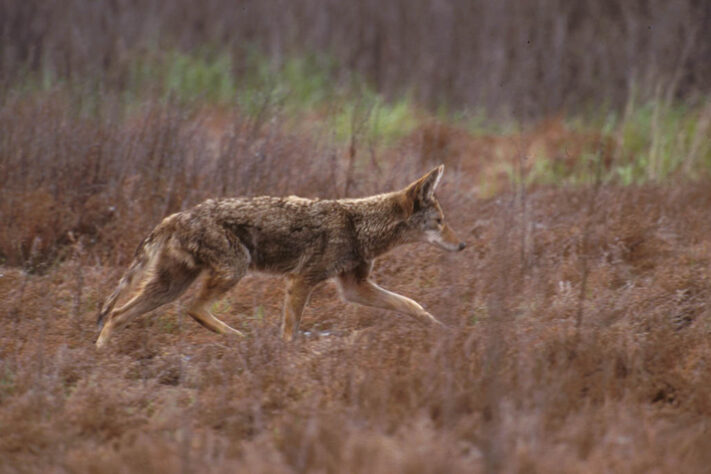 Take Action! Vermont sportsmen should immediately contact their State Representatives and ask for their NO vote on HB 336. Let them know that the bill is an attack on hunting, fishing and trapping; is bad for wildlife conservation and a waste of tax dollars. Vermont sportsmen can contact their State Representative by using the Sportsmen’s Alliance Legislative Action Center.

If Vermont State Representative James McCullough (D-Chittenden) has his way, fish and wildlife will be managed by a newly created board of Vermont citizens deliberately stacked with people who do not hunt or fish. In addition, Rep. McCullough’s House Bill 336 would add six “non-consumptive” members to the existing Vermont Fish and Wildlife Board.

On March 3, Rep. McCullough released an open letter to the Department of Fish and Wildlife questioning the management of coyotes in Vermont.

HB 336, which was referred to the House Committee on Natural Resources Fish and Wildlife, states that the conservation and management of all fish, wildlife and furbearers are in the best interest of the public welfare. It goes on to state that the current board only focuses on fish and wild game for the purposes of hunting, fishing and trapping.

To address this issue, House Bill 336 would:

House Bill 336 creates unnecessary duplication of government agencies. The Vermont Department of Fish and Wildlife manages all fish and wildlife including game, non-game and endangered species. Vermont’s model is based on the North American Model of Wildlife Conservation, in which American hunters, anglers and trappers bear the brunt of financing the conservation of fish and wildlife. This system has resulted in the recovery whitetail deer, wild turkey, bald eagles and many other species. The system is augmented by federal tax dollars that come from excise taxes on ammunition, firearms, archery equipment, fishing gear and more.

Vermont’s hunters, anglers and trappers fund the majority of fish and wildlife conservation for the benefit of all citizens. While other user groups pay nothing, they benefit from sportsmen’s dollars. Setting up competing government boards with competing fish and wildlife experts is wasteful, counterproductive, and ignores the many successes that the partnership between Vermont sportsmen and the Department of Fish and Wildlife has produced.

Find out what issues our Government Affairs department is currently battling to protect your outdoor heritage.
END_OF_DOCUMENT_TOKEN_TO_BE_REPLACED

By becoming a member of Sportsmen's Alliance you’re taking an important step to help protect and promote our outdoor heritage. Join today to create a powerful and unified voice for sportsmen across the country. END_OF_DOCUMENT_TOKEN_TO_BE_REPLACED