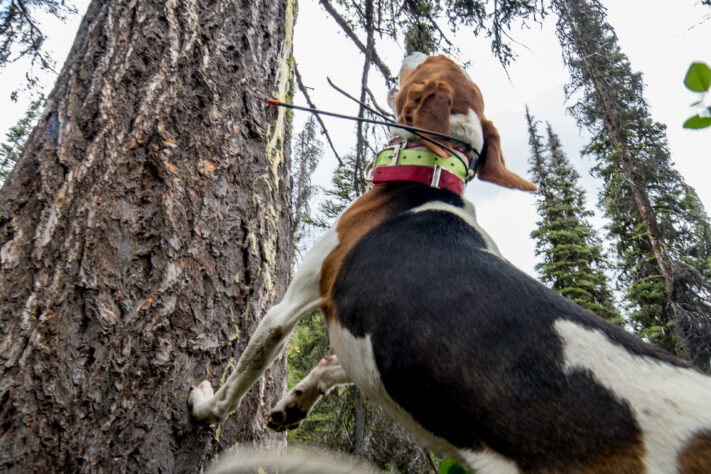 The Center for Biological Diversity (CBD) filed a petition on Jan. 19 to ban the use of dogs for hunting on the Chequamegon-Nicolet National Forest in Wisconsin. In particular, the petition seeks to ban the hunting of black bears, wolves, coyotes, fox and bobcat with the aid of dogs.

But the petition goes well beyond hunting with dogs on a single National Forest. One CBD official boldly claimed, “I hope this petition pushes the Forest Service to finally take a stand against this state-sanctioned abuse of our federal public lands.”

CBD makes no bones about wanting to ban hunting of all types on public lands. It is the group’s core mission. In fact, petitions restricting hunting have become a routine move for the animal-extremist group, but until now, they have largely restricted their anti-hunting push to National Wildlife Refuges (NWRs) and National Park (NP) lands. With nearly 200 million acres nationwide, much of it open to hunting, National Forests are a key access point for hunters in nearly every state.

“CBD has grown from a small handful of animal-rights extremists to what is now a multimillion-dollar enterprise of lawyers ready to sue and petition hunting out of existence,” said Todd Adkins, vice president of government affairs at the Sportsmen’s Alliance. “Now this legal juggernaut is focusing on National Forests, so for every sportsman who utilizes public lands, this is more notice that they aren’t going to stop until they’ve locked it all up.”

For now, the issue of hunting on the Chequamegon-Nicolet National Forest will have to wait for a decision by the Forest Service on the CBD petition. At this point in the process, there is no option for the public to comment or otherwise engage in the decision-making process.  Once the Forest Service has moved on the petition, then the public will be invited to provide input.

“As soon as the Forest Service makes a decision, we’ll be ready to push back against any restriction on the use of dogs in National Forests,” added Adkins. “As long as CDB tries to force its extreme views on the rest of us, we will be there.”

Find out what issues our Government Affairs department is currently battling to protect your outdoor heritage.
END_OF_DOCUMENT_TOKEN_TO_BE_REPLACED

By becoming a member of Sportsmen's Alliance you’re taking an important step to help protect and promote our outdoor heritage. Join today to create a powerful and unified voice for sportsmen across the country. END_OF_DOCUMENT_TOKEN_TO_BE_REPLACED