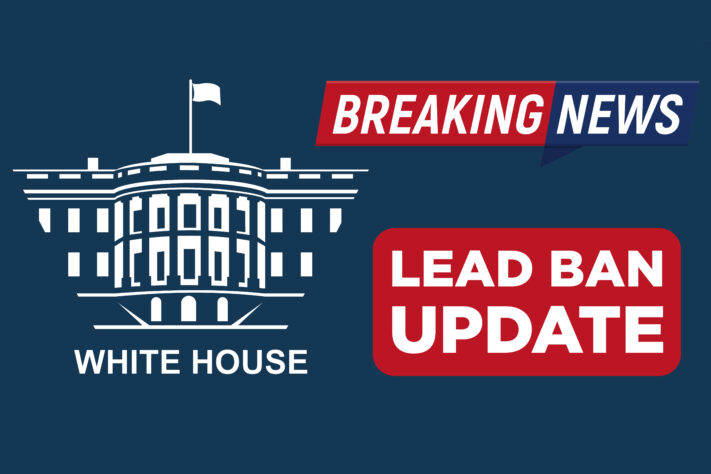 Following through on their commitment to environmental radicals that it would ban lead on federal public land, today the US Fish and Wildlife Service (USFWS) released proposed regulations that begin this process on National Wildlife Refuges across the country. The Biden Administration’s proposal lays the groundwork for additional lead prohibitions on refuges and provides a precedent that will be utilized to ban lead ammunition and tackle on all public lands where hunting and fishing occur.

Filed in the Federal Register on June 8, the USFWS commits to a lead ban on any new hunting opportunities on National Wildlife Refuges across the country. The proposal includes a new study on the impacts of lead ammunition and tackle on wildlife refuges.

While USFWS referred to “science” in the rulemaking as a basis for this decision, they did not cite any actual studies to support the decision. The study would seem unnecessary as the Biden Administration has previously announced its intention to return to the “Dan Ashe Rule.” Ashe, who served as Director of the Fish and Wildlife Service under President Obama, issued an order banning lead on all National Wildlife Refuges the day before President Trump was sworn in as President. The order was rescinded by newly appointed Secretary of the Interior Ryan Zinke on his first day on the job. With clear evidence that the Biden Administration has already made up its mind, it is unclear what purpose the research would serve other than as hand waving bureaucracy at its finest.

“The proposed lead ban on refuges kicks open the barn door to banning lead ammunition and tackle on all federal land, including National Forests, Bureau of Land Management Lands, National Preserves, and other areas,” explains Todd Adkins, Vice President of Government Affairs for the Sportsmen’s Alliance. “It provides a legal basis for radical animal rights and environmental groups to sue the federal government to force additional lead bans. In effect, President Biden is handing extremists a howitzer to fire at the Federal Government until the use of lead in ammunition and tackle for hunting and fishing is banned everywhere.”

The problems don’t stop with federal land. Because the USFWS distributes excise tax money from the purchase of firearms, ammunition, archery equipment and fishing gear to state fish and wildlife departments, the agency might attempt to force states to adopt similar bans on state public land. It is not unforeseeable to envision USFWS using its leverage the way the federal government once forced states to adopt seatbelt laws, alcohol age minimums and more.

“The most stunning and even insulting thing about this proposal is that it has been done with no consultation with the very people, hunters, anglers and trappers, who pay the lion’s share of conservation funding in the United States,” said Adkins. “Without these people there wouldn’t be recovered wildlife populations and abundant public land for all Americans to enjoy. This decision is beyond offensive to our greatest conservationists, American sportsmen and women.”

Sportsmen can send written comments opposing the proposal until August 8th, 2022. Comments may be submitted:

Electronically: Go to the Federal eRulemaking Portal: https://www.regulations.gov. In the Search box, type in FWS-HQ-NWRS-2022-0055, which is the docket number for this rulemaking. Then, click on the Search button. click on the Docket tab. On the resulting screen, find the correct document “2022–2023 Station-Specific Hunting and Sport Fishing Regulations” and submit a comment by clicking on “Comment.”

Sportsmen should also contact their US Representative (Congressman) and both US Senators to oppose this extreme move by the Biden Administration. Please visit our Legislative Action Center and use the “Find Your Elected Officials” tool in the middle of the page to find their contact information.

Find out what issues our Government Affairs department is currently battling to protect your outdoor heritage.
END_OF_DOCUMENT_TOKEN_TO_BE_REPLACED

By becoming a member of Sportsmen's Alliance you’re taking an important step to help protect and promote our outdoor heritage. Join today to create a powerful and unified voice for sportsmen across the country. END_OF_DOCUMENT_TOKEN_TO_BE_REPLACED