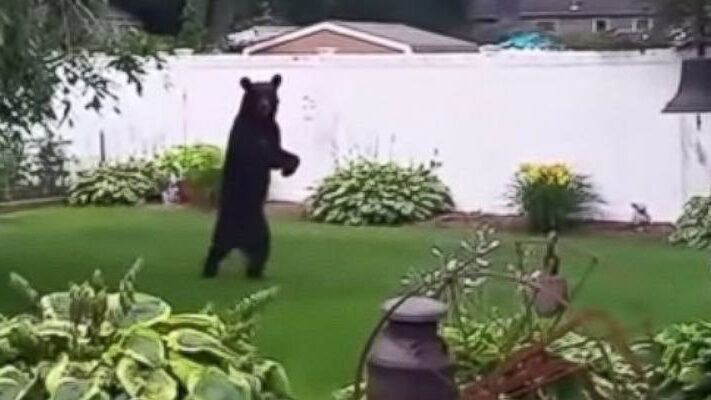 Another furry animal given a name by humans dies and the animal-rights fringe starts screaming bloody murder. Literally.

And yet, in the media uproar surrounding “Pedals,” the biped bear who was often seen prowling neighborhoods and golf courses in Oak Ridge and Rockaway, N.J., the truth of the matter is ignored.

That truth is: this is just another excuse for animal rights organizations to take their shot at banning hunting. Instead, we should be talking about the need for controlling a rapidly expanding and potentially dangerous bear population.

While many equate the upright walking with their own humanistic identities, the fact is, the bear frequented backyards and golf courses because that’s where easy meals were found and there was less competition and fewer threats from healthy, stronger bears.

Does anyone – the media, animal-rights hypocrites or the public – not see an issue with a wild bear frequenting the backyards and parks where our children play?

The fact is, nature is cruel and evolution is dictated by survival of the fittest. If not for the suburbs, this bear never would have survived this long. Period.

And the problem with a bear habituated to civilization is that sooner or later serious conflict arises. We’re not talking about simple dumpster diving, but rather an attack on a person – as resulted in the death of New Jersey man in the Apshawa Preserve just two years ago.

Northern New Jersey is filled with bears, so much so that they’ve been forced not just into the transition zones between wildlands and suburbs, but into townships themselves. This issue will not resolve itself, and bear-proof garbage containers won’t keep bruins from foraging in gardens, on pets or eyeing a small child.

This is especially true for a deformed, hungry bear incapable of chasing down wild game itself – survival of the fittest dictates capitalizing upon opportunities, and this danger extends to humans in the wrong spot at the wrong time, whether or not those humans accept that reality.

As is typical, the animal-right movement and politicians seeking to make a name for themselves in the media storm surrounding an issue such as this, knee-jerk legislation has been introduced that would end New Jersey’s October and December hunts indefinitely and require the state to work with animal-rights organizations on unproven non-lethal control measures.

New Jersey is the most densely populated state in the country, and rising black bear populations won’t be curbed with bear-proof garbage cans. Bears will still reproduce and, as apex predators, natural mortality rates won’t keep pace with the increase. More bears will be forced to forage on garbage and gardens – and eventually that diet will also include humans. Likely a small child, as they present the best opportunity of success with the least amount of resistance.

The media, in its predictable action to stoke a controversy, focused on the hunter and his decision to kill the bear. In doing so, the media missed the real point. “Pedals” was a danger to the public.

Ending bear hunting in New Jersey is a recipe for disaster. The only three means of mortality for an overpopulated apex predator are starvation, disease or conflict with humans. And the more often an animal is forced to rely upon civilization for sustenance, and the more habituated it becomes to that source, and less afraid it is of humans, the greater the odds of conflict.

“Pedals” was ultimately destined to die, either by starvation or inevitable conflict with humans. It just happens that conflict took place through a regulated hunt, and not after pets or children were involved. And, unlike if the state would have been required to kill the deformed animal for its actions, the meat and hide can be used.

The public might not like it, the media might not cover it and the animal-rights organizations who profit off the pot-stirring might howl in protest, but “Pedals” was destine to die. It was just a matter of how and when, and what collateral damage went with him.

Find out what issues our Government Affairs department is currently battling to protect your outdoor heritage.
END_OF_DOCUMENT_TOKEN_TO_BE_REPLACED

By becoming a member of Sportsmen's Alliance you’re taking an important step to help protect and promote our outdoor heritage. Join today to create a powerful and unified voice for sportsmen across the country. END_OF_DOCUMENT_TOKEN_TO_BE_REPLACED