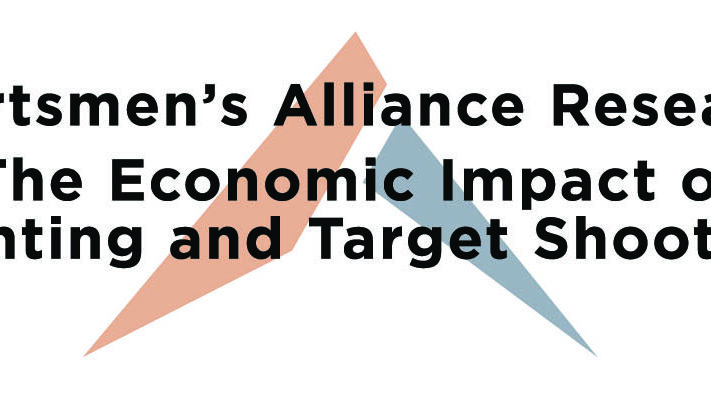 For the first-time ever, economic analysis of how America’s hunters and sport shooters contribute to national and state economies is available for all 50 states down to every legislative district.

A new report by the Sportsmen’s Alliance reveals that recreational hunters and sport shooters contributed $149 billion to the national economy, supported nearly 970,000 jobs and created over $45 billion in wages and income in 2020. 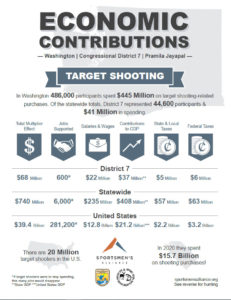 “The Sportsmen’s Alliance takes a three-prong strategy to protecting hunting, fishing and trapping nationwide,” said Evan Heusinkveld, president and CEO of Sportsmen’s Alliance. “Our advocacy is our most visible, but we also conduct research that guides our advocacy and supports our education efforts. This economic impact study makes it easy for sportsmen to educate friends, family and legislators on the importance of hunters and sport shooters to our national, state and local economies, as well as conservation funding at the state and federal level.”

The economic effects are immense when considered on a national level, but these sportsmen-related activities have crucial impacts on state and local economies, too. For the first time, the estimated economic impact of hunters and shooters has been quantified for each of the 435 U.S. congressional districts.

“The economic impact of hunting and sport shooting to local, state and the federal economy cannot be overstated,” said Rob Southwick, president of Southwick Associates. “If hunting and shooting were a company, the jobs it supports would place it as the third largest private-sector employer, and $65 billion, the retail sales it generates, would place it at fifty-second on the Fortune 500 list.”

The report contains the economic impact of hunters and sport shooters at the national, state and legislative-district level, and includes total number of participants for each endeavor, how much they spend on related purchases, the total multiplier effect, number of jobs directly supported by those sportsmen, as well as the salaries and wages connected to those jobs. Additionally, contributions to the gross domestic product and state, local and federal taxes paid are available at the district, statewide and national level, as well as by popular hunting and firearm types.

Each state and legislative breakdown is available in a convenient graphic that makes it easy to download, print and share.

Click here to view the complete report and download your state or district graphic, or visit www.sportsmensalliance.org/reports or www.southwickassociates.com.

Find out what issues our Government Affairs department is currently battling to protect your outdoor heritage.
END_OF_DOCUMENT_TOKEN_TO_BE_REPLACED

By becoming a member of Sportsmen's Alliance you’re taking an important step to help protect and promote our outdoor heritage. Join today to create a powerful and unified voice for sportsmen across the country. END_OF_DOCUMENT_TOKEN_TO_BE_REPLACED