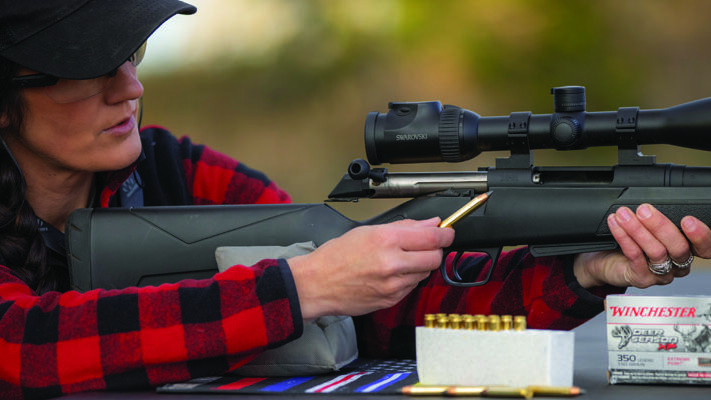 ***UPDATE! HB 753 was unanimously voted as “ought not pass” in the Joint Committee on Inland Fisheries and Wildlife. While the bill is not officially dead, this is a major step in ensuring that it won’t pass. ***

Maine House Bill 753 would prohibit hunting with lead ammunition. HB 753 has a hearing scheduled for Wednesday, April 14, at 10 a.m. in the Cross Building, Room 206, in the Joint Committee on Inland Fisheries and Wildlife.

Take Action Today! Maine members should contact the Joint Committee on Inland Fisheries and Wildlife and urge a no vote on HB 753. The Committee can be reached at this email: IFW@legislature.maine.gov

The use of traditional lead ammunition has come under attack recently as anti-hunting and anti-gun activists push flawed science and hide key results.

Lead ammunition maintains its mass and kinetic energy, and therefore lethality when hunting, better than most alternative materials. The abundance of lead compared to alternative elements make it far more affordable, too.

Environmentalists, animal-rights and gun-control activists have pushed the narrative that lead has caused the decline of scavengers, notably the California condor. Biased reports and news headlines point the finger at hunters’ gut piles containing lead bullet fragments as the source of lead poisoning for raptors and other scavengers. However, the science has never conclusively identified the source.

In fact, according to the Washington Times, emails obtained by the National Shooting Sports Foundation (NSSF) through a Freedom of Information Act in 2014 found little change in the levels of lead in condor blood tests despite a 2007 ban on lead ammunition in California’s condor zone.

“[T]he email thread shows that they withheld that [information] from the public; they withheld it from the legislature purposely,” [NSSF’s] Mr. Keane said. “And why? Because the results show that despite the existing law and regulations that ban the use of traditional ammunition by hunters, it was not having an impact on condor blood-lead levels in California … which suggests, as we have said all along, that condors in California are accessing lead from other sources, not ammunition.”

By further reducing the supply and increasing the costs of ammunition, animal-rights and gun-control activists can keep people from hunting and shooting. “Sportsmen are already facing an unprecedented shortage of ammunition in this country that directly impacts their ability to hunt and train with firearms,” said Jacob Hupp, associated director of state services for the Sportsmen’s Alliance. “Further restricting Maine hunters by limiting them to expensive ammunition made of comparatively rare materials could effectively keep them out of the woods completely given the supply problems plaguing the industry at the moment.”

Find out what issues our Government Affairs department is currently battling to protect your outdoor heritage.
END_OF_DOCUMENT_TOKEN_TO_BE_REPLACED

By becoming a member of Sportsmen's Alliance you’re taking an important step to help protect and promote our outdoor heritage. Join today to create a powerful and unified voice for sportsmen across the country. END_OF_DOCUMENT_TOKEN_TO_BE_REPLACED