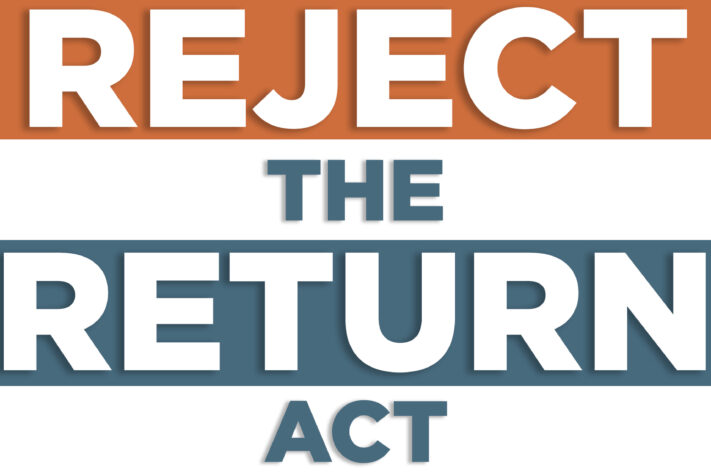 The RETURN Act would repeal the federal excise tax on rifles, shotguns and ammunition, as well as reduce similar taxes on archery and fishing equipment, which has been set aside for conservation, wildlife management, hunter education and construction of facilities for sportsmen, such as boat ramps and shooting ranges.

“For 85 years sportsmen have willingly paid to support conservation in this country, which has become crown jewel of wildlife management and the model that the rest of the world has embraced,” said Todd Adkins, vice president of government affairs for Sportsmen’s Alliance. “The RETURN Act will gut wildlife management in this country and destroy the North American Model of Conservation.”

The Wildlife and Sportfish Restoration Program, which is funded by the 1937 Pittman-Robertson Act and 1950 Dingell-Johnson Act, is responsible for dispersing nearly $15 billion to the states, including $1.5 billion last year alone, for conservation, wildlife management and recreation.

In the RETURN Act, Rep. Clyde intends to eliminate this funding and subsidize the Wildlife and Sportfish Restoration Program with unsecured and wildly variable funding from the Department of Treasury or the Continental Shelf Lands Act and Mineral Leasing Act, which would never exceed just half of what sportsmen contributed last year.

“Rep. Clyde’s alternative funding sources are diluted among many programs and are highly dependent upon the political agenda of whoever sits in the White House,” continued Adkins. “The beauty of what American sportsmen have willingly built with the Wildlife and Sportfish Restoration Program is that it provides dedicated and protected funding for conservation free of political interference – as it should be.”

Act Now! Sportsmen should contact their U.S. Representatives and tell them to reject the RETURN (Repealing Excise Tax on Unalienable Rights Now) our Constitutional Rights Act. Sportsmen can find contact information for their representatives by using the Sportsmen’s Alliance Legislative Action Center.

Find out what issues our Government Affairs department is currently battling to protect your outdoor heritage.
END_OF_DOCUMENT_TOKEN_TO_BE_REPLACED

By becoming a member of Sportsmen's Alliance you’re taking an important step to help protect and promote our outdoor heritage. Join today to create a powerful and unified voice for sportsmen across the country. END_OF_DOCUMENT_TOKEN_TO_BE_REPLACED