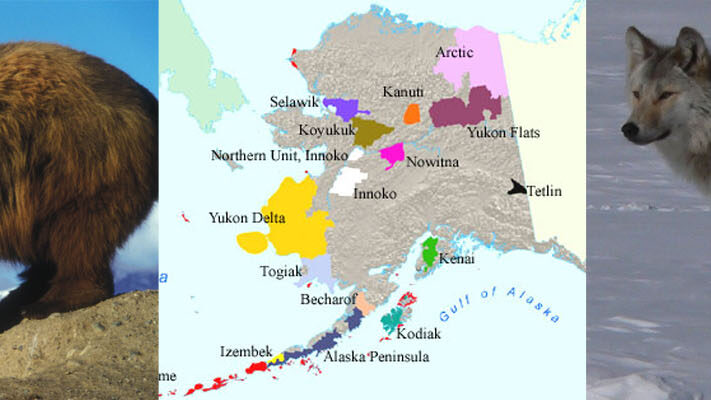 A contingency of animal-rights organizations, led by The Humane Society of the United States, have filed a lawsuit to overturn recent rule changes on Alaska National Preserves. Those recent rule changes aligned hunting regulations and management practices on preserves with the rest of the state, and returned those management and decision-making powers to the state. This alignment is the standard across the nation, and was the law for decades until the Obama administration changed those rules in 2015.

The Sportsmen’s Alliance and the Alaskan Professional Hunter’s Association (APHA) opposed the Obama-era rule changes on preserves and wildlife refuges, and sued to return them to the standard of wildlife management – that being states, and not the federal government, dictate management decisions (such as season dates, methods and means of hunting and bag limits) within state boundaries, even on federal land, using accepted scientific wildlife management principles and in accordance with local customs and tolerances. In July 2020, the National Parks Service (NPS) agreed and rescinded the 2015 rules. The Sportsmen’s Alliance and APHA declared a temporary victory and dismissed their lawsuit.

Now, however, the Humane Society of the United States (HSUS) wants to force a return to the rules adopted by the NPS during the Obama Administration. That rule took regulatory authority to manage hunting and trapping on Alaska National Preserves from the state and granted it to the NPS. The changes also outlawed traditional hunting practices that rural Alaskans rely on in hunting in remote areas.

The Obama-era rule changed who is tasked with managing hunting and trapping on federal lands open to hunting. These lands exist throughout the nation, but the fight in Alaska is particularly important. The animal-rights activists are confident that if they succeed in federalizing hunting regulations in Alaska, where the Alaska National Interests Lands Conservation Act puts significant constraints on federal agencies, they can succeed in federalizing hunting throughout the country, including on National Wildlife Refuge System units that are vital public hunting lands everywhere.

As they did in 2015, it is likely that HSUS and the other anti-hunting groups will again try to manipulate public opinion to disguise the NPS power grab by portraying the rule change as a federal ban of unpopular hunting practices. Native Alaskan hunting practices, like hunting denning bears and swimming caribou are traditional in Alaska, and are used only to hunt for food in very remote, select, areas.

“If the federal government could usurp management powers of fish and game on millions of acres of public land in Alaska, they could use the precedent to do so on federal land nationwide; politicizing wildlife management and relegating it to the whims of the Oval Office and bureaucrats in Washington, D.C.,” said Bruce Tague, vice president of government affairs at the Sportsmen’s Alliance. “This is unarguably a major threat to the future of hunting and trapping in North America. The Alliance has willfully engaged on this issue for years in an effort to protect and preserve the outdoor heritage of Alaska and the United States as a whole.”

Find out what issues our Government Affairs department is currently battling to protect your outdoor heritage.
END_OF_DOCUMENT_TOKEN_TO_BE_REPLACED

By becoming a member of Sportsmen's Alliance you’re taking an important step to help protect and promote our outdoor heritage. Join today to create a powerful and unified voice for sportsmen across the country. END_OF_DOCUMENT_TOKEN_TO_BE_REPLACED