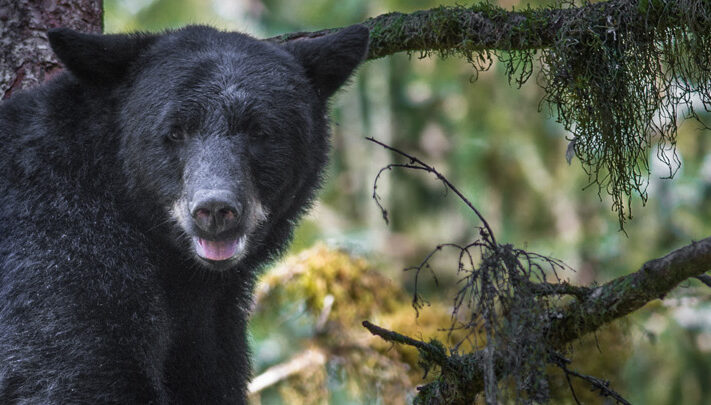 In a stinging rebuke, Maine voters rejected ballot Question 1—a ban on bear hunting with dogs, bait and trapping—for the second time in 10 years by a vote of 53.6 to 46.3 percent. The measure, pushed by the nation’s largest anti-hunting organization, the Humane Society of United States (HSUS), would have effectively banned nearly all bear hunting Maine.

“This is a great victory for sportsmen. It shows that scientific wildlife management can withstand a direct attack from well-funded anti-hunting movement,” said Evan Heusinkveld, the U.S. Sportsmen’s Alliance’s (USSA) vice president of government affairs. “Despite pumping more than $2.5 million into this campaign, HSUS received a loud and clear message from Maine voters tonight that their radical agenda is out of touch with modern wildlife management.”

The victory was the culmination of nearly two years’ worth of fundraising and strategic fighting.

“Ultimately, for Maine voters it came down to a question of trust. Do you trust an award-winning state agency, whose sole mission is to effectively manage all wildlife species, or an out-of-state special-interest group? Maine’s voters chose correctly yet again,” said Heusinkveld.

Sportsmen everywhere should take note of the lengths HSUS and their allies went to while attempting to ban bear hunting in Maine.

In early 2013, HSUS and their allies tried to pass a bill to ban bear hunting with dogs and bear trapping. When they suffered the legislative loss, these same folks proceeded to launch a ballot initiative drive from Washington D.C. in hopes of convincing Maine voters to do their dirty work.

“It’s been clear from start that this was not a Maine-led effort,” said Nick Pinizzotto, USSA president and CEO. “From the hundreds of thousands of dollars they paid to a California firm to qualify the issue, to their recent campaign finance reports, there is little doubt who was really pushing Question 1.”

Despite hiding behind the banner of “Mainer’s for Fair Bear Hunting,” the proponents of Question 1 were funded almost in whole by HSUS. Further, HSUS employee Katie Hansberry was their campaign manager. In total, more than 97 percent of the $2.6 million in funding came directly from HSUS.

“Anyone who looks at the campaign finance reports will see a crystal clear picture,” said Heusinkveld. “This was a Washington D.C. special-interest group’s blatant attempt to buy an election. If the Koch brothers or George Soros wholly funded a campaign, the media would be going nuts—but and that’s in effect what HSUS was doing here.”

Behind in the polls and with Election Day drawing near, HSUS, through Mainer’s for Fair Bear Hunting, resorted to underhanded tactics in an attempt to sway the vote in their favor.

On Sept. 30, Mainer’s for Fair Bear Hunting sued the state of Maine, alleging the state was improperly engaged in the campaign. The “state,” in this case, was the Maine Department of Inland Fisheries and Wildlife whose vocal and public opposition to Question 1 didn’t sit well with HSUS. They sought a court injunction that would remove TV advertisements being aired by the Maine Wildlife Conservation Council that featured department personnel.

The Maine Wildlife Conservation Council was a ballot-question committee set up specifically to defeat Question 1. It was comprised of such groups as the Maine Professional Guides Association, U.S. Sportsmen’s Alliance, Maine Trapper’s Association, Sportsman’s Alliance of Maine, as well as many other sportsmen’s organizations, farmers, small business owners, unions, wildlife professionals and others concerned with managing the state’s wildlife in a responsible manner.

“TV ads are the lifeblood of political campaigns—especially ballot issue campaigns,” said Heusinkveld. “It’s clear that our opponents saw the credible voices of the department staff as a threat to their campaign. Fortunately, for not only sportsmen but all Maine voters, a judge refused to order the ads off the air.”

On Oct. 22, Maine Superior Court Justice Joyce Wheeler denied a request for a temporary restraining order seeking to block television commercials opposed to Question 1. In her ruling, Justice Wheeler sided with the right of the state to provide comment, a position that echoed by the general public. Public opinion polls from Oct. 5 and 6 showed that 69 percent of respondents said the department should be allowed to comment, while just 18 percent disagreed.

“Maine’s bear biologists and game wardens have been steadfastly opposed to this proposal from day one,” said Pinizzotto. “These folks are the undisputed experts, but for HSUS and their campaign arm, the department was seen as a voice that needed to be muzzled at any cost.”

In the final days of the campaign, HSUS and Mainers for Fair Bear Hunting continued to redirect attention away from the issue in hopes of persuading citizens to vote their way. Their final tactic was accusing the Maine Wildlife Conservation Council of an ethics violation for not reporting the work of the department as “in-kind” contributions. (In-kind contributions are campaign donations other than cash. Typically this includes consulting services or food/beverages for an event that are donated.)

“This latest effort was a disappointing, but not surprising, move from our opponents who tried every trick in the book,” said Heusinkveld. “Justice Wheeler clearly stated in her ruling that the agency was working well within the confines of their authority. It’s the agency’s duty to talk to the public about the consequences of a measure like Question 1, especially when it concerns public safety.”

On Monday, Nov. 3, just hours before the polls were slated to open, the state’s Ethics Commission ruled against Mainers for Fair Bear Hunting and their request for an investigation.

“Time and time again they tried to distort the facts and redirect voters’ attention away from the issue at hand—that’s a common tactic for these guys,” said Pinizzotto. “They knew that the facts about bear hunting, wildlife management and public safety were not on their side—and so they turned to deception and trickery.”

On Election Day, Mainers sent yet another message to HSUS and their anti-hunting allies: out-of-state meddling in wildlife management isn’t welcome in the Pine Tree State.

Despite this monumental victory, sportsmen everywhere should prepare for the next battle. HSUS, with their $195 million war chest, has vowed to take their animal-rights fight to every other state in the country.

Find out what issues our Government Affairs department is currently battling to protect your outdoor heritage.
END_OF_DOCUMENT_TOKEN_TO_BE_REPLACED

By becoming a member of Sportsmen's Alliance you’re taking an important step to help protect and promote our outdoor heritage. Join today to create a powerful and unified voice for sportsmen across the country. END_OF_DOCUMENT_TOKEN_TO_BE_REPLACED