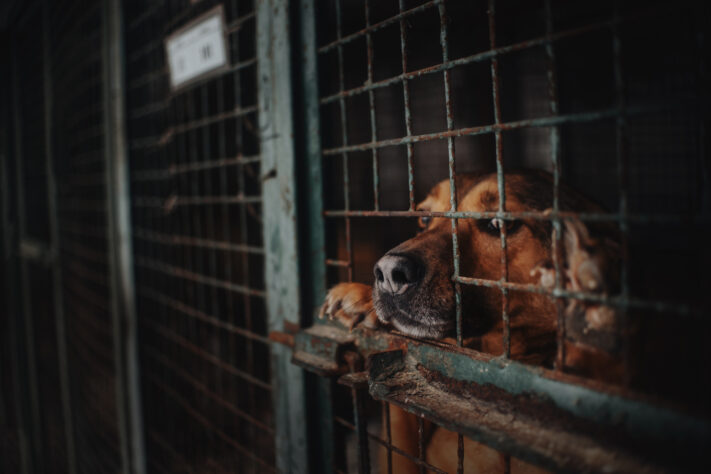 A hearing on a “cost of care” bill that would cancel due process for dog owners is up for a hearing tomorrow – June 9th, 2022 – in the Rhode Island House Judiciary Committee.  This legislation would force innocent dog owners to pay for the cost of care of their dogs held during an animal cruelty investigation. Current law requires a person found guilty to pay for all costs associated with keeping and caring for dogs that are seized as part of an investigation into animal abuse. House Bill 8303 would force anyone charged to pay these costs, even if they are never convicted.

This measure provides an incentive for the Rhode Island Society for the Prevention of Cruelty to Animals (RISPCA) to seize animals because they will get paid regardless of whether or not the charges are actually proven in court. Worse, RISPCA would get to determine what the costs for care actually are. The bill also allows RISPCA to sue dog owners to recover the costs of care. People unable to pay for the costs of care would lose their dogs.

“HB 8303 denies dog owners due process by forcing them to pay fines, under the guise of animal welfare even before their case goes to trial,” said Todd Adkins, Vice President of Government Affairs for the Sportsmen’s Alliance. “We believe that shelters should get reimbursed for costs associated with bringing an actual animal abuser to justice, but like all Americans, dog owners are entitled to the presumption of innocence.”

Sportsmen need to make their voices heard by contacting their Representatives and the members of the House Judiciary Committee to voice their opposition to this extreme legislation. Emails should be sent to:

Find out what issues our Government Affairs department is currently battling to protect your outdoor heritage.
END_OF_DOCUMENT_TOKEN_TO_BE_REPLACED

By becoming a member of Sportsmen's Alliance you’re taking an important step to help protect and promote our outdoor heritage. Join today to create a powerful and unified voice for sportsmen across the country. END_OF_DOCUMENT_TOKEN_TO_BE_REPLACED