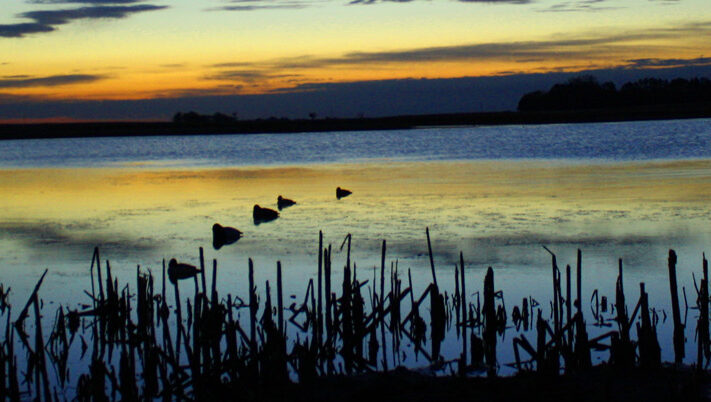 On Thursday, Nov. 18, the U.S. Senate Energy and Natural Resources Committee passed S.556, a package of bills that make up the Bipartisan Sportsmen’s Act of 2015, with only one Senator, Mike Lee (R-UT), voting in opposition (due to his objection of the permanent authorization of the Land and Water Conservation Fund without reform). Among the most important provisions included in S. 556 is “Open Until Closed,” a federal law change that the Sportsmen’s Alliance has been advocating for since 1998.

The measure would ensure future access to federal public lands for generations to come. Under current law, U.S. Forest Service and Bureau of Land Management parcels are closed to hunting, unless the agency takes specific steps to open new opportunities. The “Open Until Closed” provision spells out in federal law that hunting, fishing and recreational shooting are legitimate, important and allowable activities on the more than 700 million acres of federal land managed by the Forest Service and the Bureau of Land Management. The language will help stop frivolous lawsuits brought by anti-hunting organizations when federal agencies move to open land to sportsmen, while still retaining the landholding agencies authority to close parcels where necessary and supported by evidence.

“For too long, anti-hunting activists have prevented new lands from being open to sportsmen,” said Sportsmen’s Alliance President and CEO, Nick Pinizzotto. “These are public lands that should be open to hunting, fishing and recreational shooting, but instead sportsmen are having to fight court battles just to gain access. Open Until Closed will fix this problem and ensure hunters and anglers are provided access.”

In addition, S. 556 contains roughly half of the measures of the entire Bipartisan Sportsmen’s Act, which was introduced by Senator Lisa Murkowski (R-AK) and Sen. Martin Heinrich (D-N.M.). The remaining provisions have been placed in S. 659, which is currently pending before the Senate Environment and Public Works Committee.

“We’re very grateful that Chairwoman Murkowski has championed these important measures,” said Pinizzotto. “With her leadership and guidance we are hopeful the full package will make its way to the president’s desk.”

Additional provisions included in the Sportsmen’s Act include:

Find out what issues our Government Affairs department is currently battling to protect your outdoor heritage.
END_OF_DOCUMENT_TOKEN_TO_BE_REPLACED

By becoming a member of Sportsmen's Alliance you’re taking an important step to help protect and promote our outdoor heritage. Join today to create a powerful and unified voice for sportsmen across the country. END_OF_DOCUMENT_TOKEN_TO_BE_REPLACED