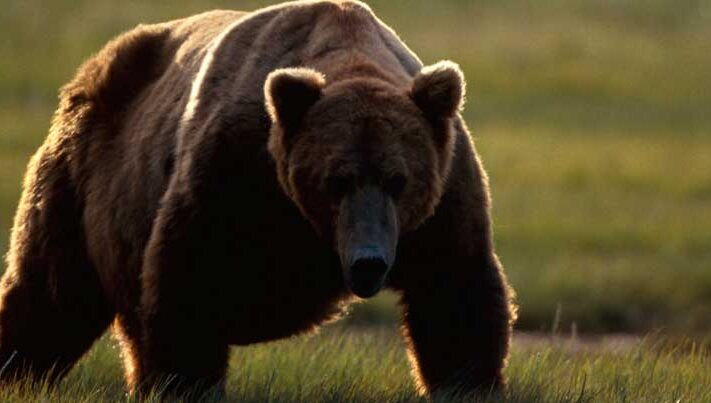 The Sportsmen’s Alliance Foundation recently submitted comments in favor of delisting of the grizzly bear as a threatened species under the federal the Endangered Species Act (ESA). The Alliance supports the U.S. Fish and Wildlife Service findings that the bear population has recovered and stringent ESA protections are no longer necessary.

“Grizzly bears have undeniably recovered in the Greater Yellowstone Ecosystem, and their removal from the Endangered Species Act is long overdue,” said Evan Heusinkveld, President and CEO of Sportsmen’s Alliance Foundation. “It is well within in the authority of the U.S. Fish and Wildlife Service to delist this distinct population of bears. In fact, at this point it’s incumbent upon them to do so as outlined in the ESA.”

The result of a 30-year collaborative effort between federal and state agencies, and using the best available science and wildlife management principles, all evidence suggests Greater Yellowstone Ecosystem grizzly bear populations have surpassed recovery goals by at least 40 percent and have remained stable and above recovery goals for nearly a decade while also tripling their occupied range.

Not only has the grizzly bear population recovered and stabilized, threats to that population have been mitigated to the point that they no longer meet the definition of endangered, or even threatened.

“All available evidence suggests that this grizzly bear population will continue to flourish after delisting,” said Heusinkveld. “That’s a testament to decades of work by USFWS and its partners, and which includes post-delisting monitoring and management plans that will ensure the species is never again threatened with extinction in the Lower 48 states.”

Clearly outlined in the Endangered Species Act are requirements for U.S. Fish and Wildlife to, at any time, remove a species, subspecies or distinct population segment of a species from the protections of the act once recovery goals have been met.

Once delisted, the Sportsmen’s Alliance encourages the U.S. Forest Service, National Wildlife Refuges and other federal land managers to defer to state wildlife population management to the maximum extent permitted by law.

“The National Parks Service and U. S Forest Service manage 88 percent of lands within suitable grizzly habitat,” said Heusinkveld. “Those federal agencies should respect state management goals and future hunting seasons by not passing any special rules or policies that would encroach on the ability of Idaho, Montana or Wyoming to manage grizzlies within the current federal framework.”

One remaining threat, however, is a lawsuit from animal rights and anti-hunting organizations. “These groups have shown that population recovery is simply not enough to meet their insatiable demands,” said Heusinkveld. “Just like with wolves, no level of recovery will ever satisfy their desires to keep the bears listed as a threatened species.”

As with wolves currently, keeping grizzly bears listed as threatened or endangered compromises other populations of predator and prey species, even the very habitat itself, found within our completely managed ecosystems.

Find out what issues our Government Affairs department is currently battling to protect your outdoor heritage.
END_OF_DOCUMENT_TOKEN_TO_BE_REPLACED

By becoming a member of Sportsmen's Alliance you’re taking an important step to help protect and promote our outdoor heritage. Join today to create a powerful and unified voice for sportsmen across the country. END_OF_DOCUMENT_TOKEN_TO_BE_REPLACED