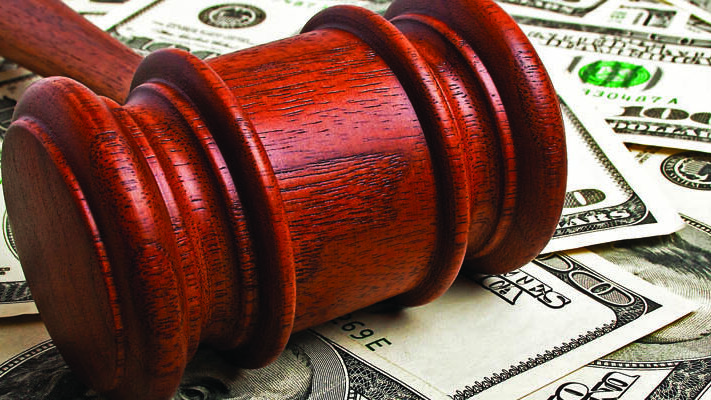 In a brazen move to hide billions spent on lawsuit settlements, Secretary of Interior Deb Haaland has ordered that a public website detailing these massive taxpayer payouts be pulled down. Although not reported by the mainstream media, the June 17 order is a major blow to transparency in government, especially considering the billions in taxpayer dollars that are at stake.

Secretary Haaland’s order rescinds a Trump-era requirement that the Interior Department provide a public website detailing settlement agreements and final dispositions of cases. This is vitally important as lawsuits against the federal government often allow a challenging party to have their legal fees paid with taxpayer dollars. In the case of lawsuits against the Department of Interior, such funds are often provided through two mechanisms, the Judgement Fund and the Equal Access to Justice Act.

These funds are too often exploited by organizations who have built massive “sue-and-settle” juggernauts with battalions of lawyers racking up endless hours, all funded with taxpayer monies. One such organization is the Center for Biological Diversity (CBD), which routinely files suit against the U.S. Fish and Wildlife Service (USFWS) to force their extreme anti-hunting dogma on reasonable Americans.

While a person can still obtain information on taxpayer-funded lawsuit settlements using Freedom of Information requests, the government often takes months to provide requested information, and often charges a fee for doing so. By contrast, the system scuttled by Haaland required full disclosure to the public as soon as a settlement was reached. Now the mechanism provided by the government is once again onerous, hard to understand and difficult to navigate for many Americans.

“The potential for backroom deals where extreme organizations sue the government to force restrictions on sportsmen and women and are later paid millions in shadowy payouts is astounding,” said Evan Heusinkveld, president and CEO of the Sportsmen’s Alliance. “Now that Haaland has made it all the harder to ‘follow the money,’ organizations like CBD will use this destructive “sue-and-settle ” strategy even more, making anti-hunting organizations rich with taxpayer dollars while the government negotiates away our hunting, trapping and fishing rights.”

According to its own 2020 financial disclosures, CBD received nearly $3 million in “legal returns and settlements” income, which was double the $1.4 million it received in 2019. In the latest example, CBD and USFWS early this year entered into secret negotiations on a lawsuit filed by CBD to halt a hunting and fishing expansion on National Wildlife Refuges put in place by the Trump Administration. The CBD lawsuit alleged that hunting and fishing are incompatible with the Endangered Species Act and therefore must be stopped. The Sportsmen’s Alliance and dozens of other hunting organizations denounced the secret negotiations as a direct slap in the face of America’s sportsmen and women, who remain the financial backbone of conservation efforts nationwide. It is not known how much the government plans to pay CBD at the end of this lawsuit.

Find out what issues our Government Affairs department is currently battling to protect your outdoor heritage.
END_OF_DOCUMENT_TOKEN_TO_BE_REPLACED

By becoming a member of Sportsmen's Alliance you’re taking an important step to help protect and promote our outdoor heritage. Join today to create a powerful and unified voice for sportsmen across the country. END_OF_DOCUMENT_TOKEN_TO_BE_REPLACED