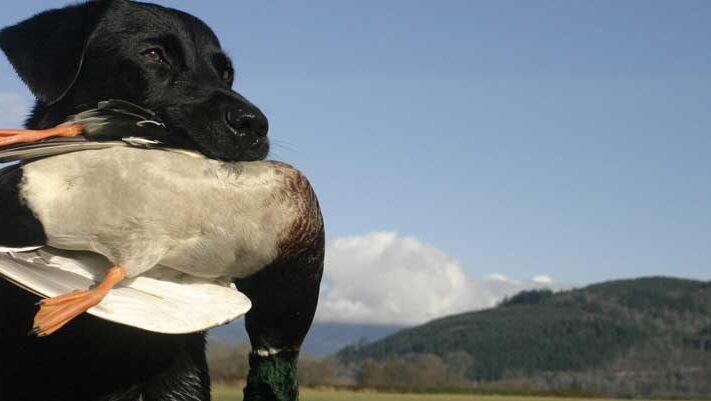 Legislation introduced in the state of Washington by State Senator Ann Rivers creates a new definition of what constitutes “pain and suffering.” Senate Bill 6300 has been referred to the Senate Law and Justice committee where it has an initial hearing scheduled for Monday, Jan. 27, at 10 a.m. in the J.A. Cherberg Olympia Building, Room 4.

Take Action Today! Washington sportsmen should contact their state senators and ask them to vote NO on Senate Bill 6300. Washington members can find their legislators by using the Sportsmen’s Alliance Legislative Action Center.

The language in SB 6300 defines the “pain and suffering” of an animal to mean, “A state of physical or mental lack of well-being or physical or mental uneasiness that ranges from mild discomfort or dull distress to unbearable agony.” This language should be of great concern for any sportsman who owns sporting dogs because the language is so broad that nearly any sign of discomfort in a dog could violate the state’s animal cruelty laws. Dull mental distress and mild physical discomfort could be interpreted to mean a condition as common as slight separation anxiety, a broken dewclaw or the use of many common training methods.

It is not uncommon for working dogs and sporting dogs to sustain minor injuries while carrying out their duties. A minor injury that a sporting dog might encounter would be a thorn stuck in its paw. Even if a dog were provided with veterinary care to treat this minor wound, that animal would likely still suffer mild discomfort. The use of e-collars in field training and in-ground “invisible fences” by suburban dog owners would undoubtedly open the door to animal-cruelty charges based on the definition of pain and suffering in SB 6300.

Find out what issues our Government Affairs department is currently battling to protect your outdoor heritage.
END_OF_DOCUMENT_TOKEN_TO_BE_REPLACED

By becoming a member of Sportsmen's Alliance you’re taking an important step to help protect and promote our outdoor heritage. Join today to create a powerful and unified voice for sportsmen across the country. END_OF_DOCUMENT_TOKEN_TO_BE_REPLACED