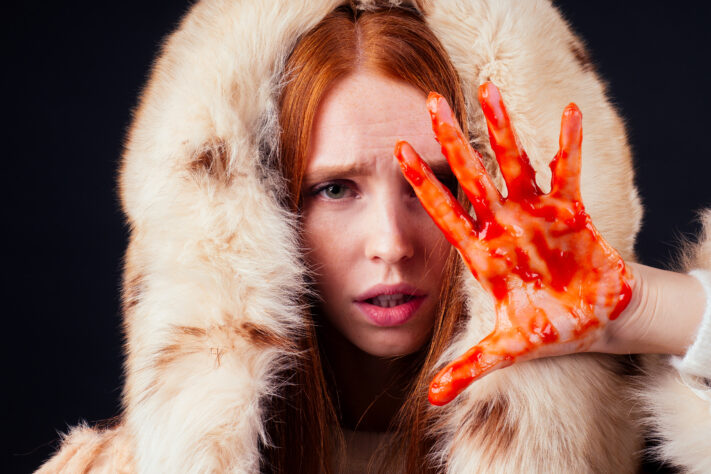 The Wildlife Society to allow Humane Society of United States, Center for Biological Diversity, Defenders of Wildlife, Wildlife For All and Others to Host Panel Discussion at National Convention Nov. 5-10

About 20 years ago Spokane, Wash., was the scene of uproar when it hosted the Outdoor Writers Association of America national conference. Two decades later, the underlying premise that ripped that organization apart is repeating itself at another national conference in Spokane.

That OWAA conference saw uproar within the hunting, fishing and conservation industry when the Sportsmen’s Alliance and the NRA rightfully called out the organization for allowing membership to anti-hunting and anti-gun organizations, such as the Sierra Club. That rift split OWAA as members fled the soft-peddled “inclusive” approach and formed the Professional Outdoor Media Association.

Today, The Wildlife Society is about to repeat history when Spokane hosts their national convention Nov. 5-10. The conference is where scientists, biologists and state game agencies gather to inform each other on research and share ideas. Good people doing good things.

However, this year, The Wildlife Society is allowing an egregiously anti-hunting coalition to have booth space and to host a reception on Monday night while giving another anti-hunting group time to host a  panel discussion on Thursday afternoon.

The Washington Fish and Wildlife Reform Coalition is a who’s who of anti-hunting organizations, including the Humane Society of the United States, Center for Biological Diversity, Defenders of Wildlife, Mountain Lion Foundation, Animal & Earth Advocates, Washington Wildlife First and, for God’s sake, the Northwest Animal Rights Network.

If that weren’t bad enough, The Wildlife Society is allowing another animal-rights group, Wildlife For All, to host a panel discussion – moderated by Wildlife for All and stacked with members of the aforementioned groups.

Think about that: The Wildlife Society, the organization responsible for ensuring science is used in wildlife management is allowing an organization intent on destroying a century of scientific management to air their anti-hunting beliefs at the national conference to a roomful of biologists. I say belief system because Wildlife For All has no science to back up their positions or beliefs. Rather, they have theories … theories that contradict not just the North American model of Wildlife Management, but the standing and position statements of The Wildlife Society itself.

There is no room for organizations who actively work to break the North American Model of Wildlife Management to have space at a wildlife management conference. Giving this group space only gives them air to breathe their message into the minds of biologists and agency personnel. It legitimizes their position and leads to message creep from agencies to game commissions.

Think I’m overreacting? Consider the fact that the people listed on the Washington Fish and Wildlife Management Reform Convention Steering Committee are the same people responsible for ending Washington state’s spring bear season last year. They’ve spoken out against any predator management when it comes to wolves and mountain lions, even when the science has shown decimation of elk herds by lions.

It’s groups like these that sue the government to keep you from hunting on federal lands, and then get paid by this same government for bringing the lawsuit. It’s not just out West where this is a problem. Groups like these are behind legislation that would set up a separate government agency to oversee the decisions of the fish and wildlife commission in Vermont, to ensure they weren’t too focused on hunting, fishing and trapping. Changes to game commissions, mandates and political oversight of policies and seasons are fights these groups bring every year in multiple states.

Science doesn’t matter to them when it doesn’t fit their anti-hunting narrative. If science doesn’t matter to them, why is a scientific convention giving these science deniers space to peddle their wildlife management pseudo-theories? The destruction of the very model, the very people and organizations, that pay the salaries of the biologists and fund their studies is the mission of the Washington Fish and Wildlife Reform Coalition, and the groups behind it.

I do believe The Wildlife Society is a good group. It’s obvious that others in our industry think so, too. The majority of sponsors are hook-and-bullet industry groups who do great things in our world. However, as an industry, we’re fighting a global anti-hunting machine, one that uses state legislatures, the courts and the ballot box to end our way of life. And now they’re using The Wildlife Society, the supposed guardians of scientific management, to infiltrate state game agencies nationwide at their national conference … funded by the very industry they want to end.

The Sportsmen’s Alliance, with the help of our partners, fights back against this machine to protect the hunting, fishing and trapping community. But the threat we’re facing Nov. 7 at a little conference in Spokane isn’t about laws or lawsuits, rather it’s the first step of subversion by those wishing to destroy us. It might be popular today to suggest we can all sit down together, even if we disagree. But those who support the scientific approach to managing wildlife that is the envy of the entire world cannot find common cause with those who would destroy this model. We, as a community, need to push back in no uncertain terms.

Find out what issues our Government Affairs department is currently battling to protect your outdoor heritage.
END_OF_DOCUMENT_TOKEN_TO_BE_REPLACED

By becoming a member of Sportsmen's Alliance you’re taking an important step to help protect and promote our outdoor heritage. Join today to create a powerful and unified voice for sportsmen across the country. END_OF_DOCUMENT_TOKEN_TO_BE_REPLACED