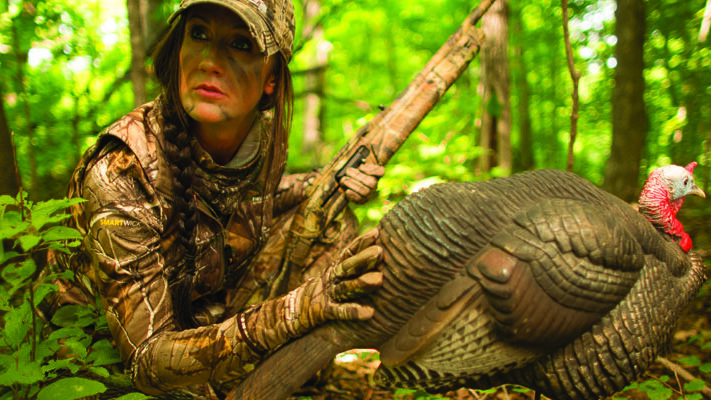 For the third time in four years, Vermont legislators have introduced a bill that would undermine the integrity of the fish and wildlife commission by giving anti-hunters oversight and control of the rules and regulations the commission implements for the state’s wildlife department. Vermont House Bill 167 establishes an Environmental Stewardship Board to oversee, and overrule, the Vermont Fish & Wildlife Commission. The bill has a hearing on March 25 at 9 a.m. in the House Natural Resources, Fish and Wildlife Committee.

Take Action Today! Vermont members should contact the members of the House Natural Resources, Fish and Wildlife Committee below and urge them to oppose House Bill 167. The members can be contacted below:

The bill mandates that the newly established Environmental Stewardship Board would include members from a wide range of organizations, including non-consumptive users and perhaps even anti-hunters and animal-rights activists.

This oversight board would have a wide range of powers that includes reviewing and recommending revisions to all agency rules, creating stakeholder groups at its discretion to review and make policy recommendations and, most concerningly, have the power to block the Secretary of the Fish and Wildlife Commission from implementing any rules and regulations.

“This legislation follows a national trend we’re seeing and it’s a classic example of a wolf in sheep’s clothing. It sounds innocuous on the surface, but the underlying intent of the bill is for anti-hunters to control how wildlife is managed in the state by controlling the commission that makes the rules for sportsmen,” said Jacob Hupp, associate director of state services at the Sportsmen’s Alliance. “As anti-hunting organizations have continually failed to push their radical policies through rational game commissions and state legislatures, they’ve shifted their focus to expand stakeholder representation on commissions to ensure an easier pathway for anti-hunting regulations.”

Contact with the committee members is essential to protect the legitimacy of the Vermont Fish & Wildlife Commission as two members of the committee clear support the passage of HB 167. Rep. Amy Sheldon, the chair of the committee, is the sponsor of the bill and will undoubtedly use her influence to advocate for it. In 2017, Rep. Jim McCullough, who currently sits on the Fish and Wildlife Committee, introduced legislation to add six “non-consumptive” members to the commission in an attempt to bolster the anti-hunting voice during meetings and the rule-making process. Legislation similar to HB 167 was introduced in May 2020, too.

“The Sportsmen’s Alliance supports the scientific management of wildlife, and there’s nothing to suggest that the current process doesn’t use science nor listen to public opinion when making rules and regulations,” said Hupp. “The only thing anti-hunters can point to is the fact that hunting is partially used to manage game populations, which funds wildlife conservation, habitat acquisition and improvement, biological studies and law enforcement efforts. They want more control over a process that they don’t contribute to financially and that has a 100-year track record of success, which every citizen, non- and anti-hunter alike, enjoys.”

Find out what issues our Government Affairs department is currently battling to protect your outdoor heritage.
END_OF_DOCUMENT_TOKEN_TO_BE_REPLACED

By becoming a member of Sportsmen's Alliance you’re taking an important step to help protect and promote our outdoor heritage. Join today to create a powerful and unified voice for sportsmen across the country. END_OF_DOCUMENT_TOKEN_TO_BE_REPLACED