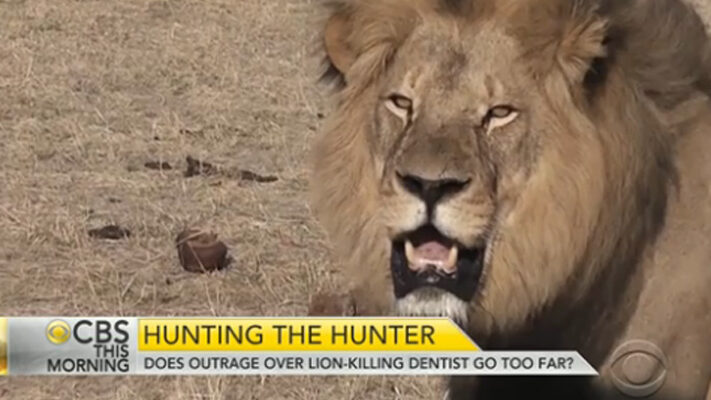 Congressman Raul M. Grijalva (D-AZ) has introduced House Resolution 2245, also known as “The CECIL Act” (named for “Cecil” the lion), which severely restricts the import and export of game taken outside the United States, while increasing the costs of obtaining any import and export permits that can still be issued. The bill also prohibits all import permits for elephants and lions taken in Zambia, Zimbabwe and Tanzania.

Take Action Today! Sportsmen need to contact their members of Congress and ask them to vote NO on HR 2245. Sportsmen can find contact information by using the Sportsmen’s Alliance Legislative Action Center.

HR 2245 would abolish the distinction between endangered and threatened species, and worse, would extend the burdensome obstacles for obtaining import permits for legally hunted animals to species simply “proposed” for ESA listing.

Imposing burdensome Endangered Species Act prohibitions on animals even proposed for ESA listing would give them the same status as threatened and endangered species, but without the review of scientific evidence and a demonstrated need for protection actually presented.

If passed, hunting of the proposed species would severely diminish, and years of pointless studies and red-tape lawsuits would likely ensue – similar to what is currently happening with attempts to delist the Western Great Lakes wolves and Greater Yellowstone Ecosystem grizzly bears. Note that the bill doesn’t define “proposed,” so activists will argue that any species they “propose” for listing in a petition cannot be imported. Animal-rights groups and politicians like Rep. Grijalva will stop at nothing to end all forms of hunting, whether here in the United States or around the world.

“It’s no secret that Rep. Grijalva is an advocate of the radical agenda pushed by the Humane Society of the Unites States. Grijalva is a past recipient of the HSUS Humane Champion Award and has received a perfect score from HSUS on their issues every year since 2005,” said Bruce Tague, Sportsmen’s Alliance vice president of government affairs, noting that HSUS regularly pushes import bans on Africa’s Big Five, which includes elephants, leopards, lions, cape buffalo and rhinos. “What makes things much more serious this year is that Congressman Grijalva’s party is in the majority in the U.S. House of Representatives, and Speaker Nancy Pelosi appointed him chairman of the House Natural Resources Committee, which oversees federal conservation and species protection programs in the United States.”

The language in H.R. 2245 is extremely crafty and dangerous. The bill maintains the illusion that an import permit process will still exist, but sets the criteria so high as to be a disguised prohibition. Finally, the bill would increase the permit fee from $100 to whatever it costs FWS to evaluate the permit criteria, including potentially sending a FWS employee to Africa to evaluate how an African country manages a particular species.

This type of end-run around the existing Fish and Wildlife Service’s science-based management decisions is not only dangerous, but could actually cause further harm to the species they claim to want to protect due to a loss of revenue from American hunters.

“While making the case that he wants to save certain species in Africa, Rep. Grijalva is really looking to sneak in language to provide a road map to randomly choose species to list as protected and to ban all hunting,” said Tague.

Find out what issues our Government Affairs department is currently battling to protect your outdoor heritage.
END_OF_DOCUMENT_TOKEN_TO_BE_REPLACED

By becoming a member of Sportsmen's Alliance you’re taking an important step to help protect and promote our outdoor heritage. Join today to create a powerful and unified voice for sportsmen across the country. END_OF_DOCUMENT_TOKEN_TO_BE_REPLACED