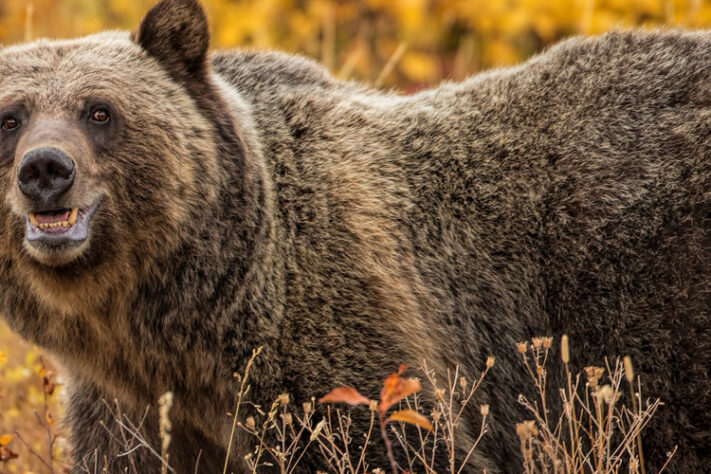 The recent ruling issued by the Ninth Circuit Court of Appeals, while initially a setback, has resulted in some small gains in the fight to delist grizzly bears in the Greater Yellowstone Ecosystem (GYE). These small gains are extremely important in the bigger picture and trajectory of delisting.

Unreported by most outlets, the Ninth Circuit’s decision agreed with the U.S. Fish & Wildlife Service (FWS), Sportsmen’s Alliance and Rocky Mountain Elk Foundation that the FWS does not need to conduct a full analysis of threats faced by other grizzly populations as a result of delisting the GYE population of grizzlies. Instead, the Ninth Circuit partially reversed the Montana U.S. District Court, and held that FWS only needs to determine if delisting the GYE grizzly population would make the other populations not “viable.”  Because the other populations of grizzlies are either distant from the GYE (e.g.: Cabinet-Yaak and Selkirk populations) or fully recovered (such as the Northern Continental Divide population), the facts would support the FWS finding that it can delist the GYE grizzlies without making the other populations non-viable.

In other words, this ruling confirms that the FWS can regionally delist distinct population segments that are no longer in need of Endangered Species Act (ESA) protection. FWS can do so without conducting exhaustive analysis of the other populations and, instead, just ensure that delisting one population will not somehow make the other populations non-viable. Because the D.C. Circuit three years ago issued a similar ruling in a case involving wolves, the law that regional delistings are permissible where one or more, but not all, populations of species have recovered is now favorably established. Sportsmen’s Alliance and Rocky Mountain Elk Foundation participated in both cases. The remaining task is to achieve judicially affirmed regional delistings based on this favorable law. These are small gains on the road to ultimate victory.

However, the GYE grizzly decision did find two shortcomings concerning FWS’ analysis of the recovery status of the grizzlies themselves. First, the decision requires that that FWS consider genetic stability over multiple decades. Because the ESA takes genetic stability into account when delisting a species, the decision appears to require that FWS or the affected states commit to relocate bears between the GYE grizzlies and another grizzly population segment if natural connectivity between the populations does not develop. The geographic gap between the GYE grizzlies and the Northern Continental Divide grizzlies is shrinking, so natural connectivity may well develop. Bears can be translocated if it does not develop. In short, FWS has options to satisfy this court-imposed requirement.

Second, FWS and the states must commit, as part of the next delisting, to implement a concept called “recalibration.” aAfter each delisting of a species or part of a species, the population is monitored and periodically estimated. If the situation takes a turn for the worse and the population falls below a certain threshold set at the time of delisting (relisting threshold), then the species must be considered for relisting under the ESA. Recalibration is the concept of refiguring the relisting threshold if the method used to estimate the population changes at some point after delisting.

In the 2017 GYE grizzly delisting, FWS and the states did not commit to recalibration, and instead explained that they had no plans of changing the current method for estimating the bear population. The District Court and now the Court of Appeals rejected that position. The Court of Appeals explained that the current method is a conservative model of estimating the bear population and expressed worry that a possible future switch to a more liberal method of estimating bears could make it seem like the bear population was doing well, when it actually was not. In other words, FWS and the states must “recalibrate” the relisting threshold if they ever change the population estimation method. Compliance with this part of the court’s order is relatively easy, as the court has told FWS and the states exactly what they must do.

“The Alliance remains committed to working with our partners to fight through the legal process to make sure that any and all recovered species are rightfully returned to the states for proper management,” said Evan Heusinkveld, President and CEO of the Sportsmen’s Alliance. “Scientific wildlife management must continue to be the foundation on which wildlife decisions are made as opposed to the extreme ideologies of animal-rights activists.”

Find out what issues our Government Affairs department is currently battling to protect your outdoor heritage.
END_OF_DOCUMENT_TOKEN_TO_BE_REPLACED

By becoming a member of Sportsmen's Alliance you’re taking an important step to help protect and promote our outdoor heritage. Join today to create a powerful and unified voice for sportsmen across the country. END_OF_DOCUMENT_TOKEN_TO_BE_REPLACED