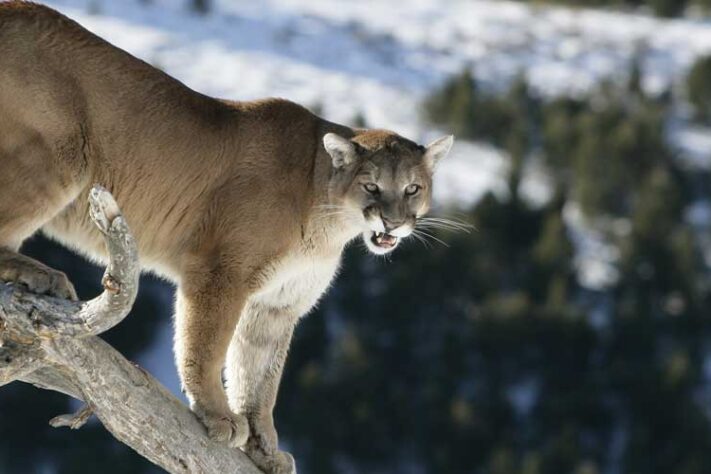 Arizonans for Wildlife, a front group for the Washington, D.C.,-based Humane Society of the United States, has suspended their signature-gathering effort to qualify an initiative that would have banned the hunting and trapping of wildcats, primarily mountain lions, in the state.

Kitty Block, the acting president and CEO of the Humane Society of the United States since the sex-scandal resignation of Wayne Pacelle earlier this year, said the decision was due to local obstacles and national-level issues.

“Facing an increasingly competitive state and national landscape, we are suspending efforts on our citizens’ initiative to ban trophy hunting of wild cats in Arizona. This difficult decision is the result of a perfect storm of local obstacles and emerging national issues and does not reflect Arizona voters’ enthusiasm for this proposal to ban inhumane trophy hunting practices,” said Block.

Block went on to blame the passage of Arizona HB2244 and HB2404 last year, which required strict compliance to the law during the initiative process and the ending of per-signature-payouts for gatherers. Additionally, Block referenced federal-level issues and the need for litigation there.

“It’s ironic that HSUS cites issues with following the law and safeguards against fraud as reason for not being able to muster support for their cause,” said Evan Heusinkveld, president and CEO of Sportsmen’s Alliance. “The truth is, this organization has faced a myriad of corruption and fraud allegations in recent years, but in an apparent effort to save face with their members they are trying to blame legislation intended to end fraud for their failure.”

In addition to a reported culture of sexual harassment that led to an internal investigation and the subsequent resignation of board members and longtime president and CEO Wayne Pacelle, the Humane Society of the United States paid out more than $15 million in a federal RICO lawsuit related to bribery and witness tampering, has been criticized for placing more than $100 million in offshore accounts in the Caribbean, has been investigated by the state of Oklahoma for deceptive fundraising practices and has had 11 other states urge investigations into similar charges, most recently in Kentucky.

“The fact of the matter is, mountain lion hunting was never an issue for Arizonans. From the start, this has been a case of a rich, Washington D.C.-based animal-rights organization attempting to force their radical agenda on unsuspecting citizens of Arizona,” said Heusinkveld. “Just follow the money, and the picture becomes crystal clear as to who was pushing this ban.”

Despite suspending the process, Block promised that HSUS would return to the state to continue fighting for wildcats and game animals. With HSUS and their subsidiaries pumping more than $700,000 into the campaign (nearly 97 percent of all contributions) at the end of last year, the financial investment and ideological incentive remain.

Find out what issues our Government Affairs department is currently battling to protect your outdoor heritage.
END_OF_DOCUMENT_TOKEN_TO_BE_REPLACED

By becoming a member of Sportsmen's Alliance you’re taking an important step to help protect and promote our outdoor heritage. Join today to create a powerful and unified voice for sportsmen across the country. END_OF_DOCUMENT_TOKEN_TO_BE_REPLACED