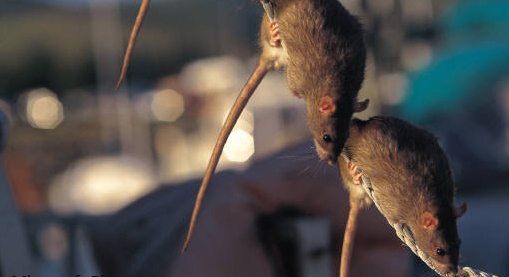 St. Landry Parish will soon vote on an animal cruelty ordinance that would be more in line with animal rights extremists than with everyday law-abiding dog owners. The “Animal Control Ordinance” is a massive overreach that would license anyone whose dog has puppies as a breeder and subject them to random inspections throughout the year.

Please use the TAKE ACTION button below to contact the St. Landry Council and respectfully urge them to OPPOSE the “Animal Control Ordinance.” If you have family and friends who live in St. Landry Parish, make sure you let them know about this shocking example of government overreach.

Government is normally only able to charge someone with animal cruelty based on the poor condition of their animal, which would constitute evidence of animal neglect or suffering. It appears that St. Landry Parish officials are casting this commonsense approach aside, however. Instead, they want to create a massive government program and overreach that will allow them to charge people with overly specific violations that are not connected to the health and welfare of animals.

For example, dog trolleys must be at least 15 feet long. A 14’6” trolley on a perfectly healthy dog would constitute an animal cruelty violation and subject the owner to having their dog seized by the parish. St. Landry officials would then force the owner to purchase a bond to cover the care of the animal while the case works its way through the court system. In the meantime, the parish would be free to adopt the dog to someone else. Remarkably, if the owner is found not guilty of animal cruelty, they still must pay the government for the cost of animal care for a violation they did not commit.

“This massive ordinance looks like an attempt to generate fine money from law-abiding dog owners instead of preventing animal cruelty,” said Todd Adkins, vice president of government affairs. “Licensing nearly everyone, home inspections, animal seizures and forcing, even the innocent, to pay for the cost of government overreach is something you’d see in New York City instead of St. Landry Parish where the vast majority of dog owners are law-abiding people trying to live their lives without the heavy hand of government regulators controlling everything they do.”

And the overreach in the “Animal Control Ordinance” is, in fact, expansive. The parish would require all dogs to be leashed. And if a dog is caught running at large, the owner would not be able to retrieve their dog unless they can prove they have a containment system (fence, kennel, or run) that would prevent the dog from running at large again.

How this ordinance would impact sportsmen and women is anyone’s guess because it doesn’t contain an exemption for hunting, field trialing, or training of dogs. In fact, the 30-plus-page ordinance is overly vague and poorly written throughout. The proposal even fails to exempt pest control activities from potential charges of animal cruelty.

Anyone whose dogs have puppies, whether they intended to or not, would be required to be licensed as a breeder. And all licensees must allow inspections of their homes twice per year. A person who is licensed as a breeder must provide 24-hour access to water or be subject to a violation of animal cruelty. Moreover, you are defined as a breeder if you trade a dog with friends or family, even if you’ve never engaged in any commercial activities around dogs.

“It is the most egregious case of a word-happy lawyer running amok without using any common sense to reduce animal cruelty in a community,” added Adkins. “This ordinance is so over the top it even prohibits pest control of vermin like rats in and around the home. You’ve got to be kidding me.”

Find out what issues our Government Affairs department is currently battling to protect your outdoor heritage.
END_OF_DOCUMENT_TOKEN_TO_BE_REPLACED

By becoming a member of Sportsmen's Alliance you’re taking an important step to help protect and promote our outdoor heritage. Join today to create a powerful and unified voice for sportsmen across the country. END_OF_DOCUMENT_TOKEN_TO_BE_REPLACED