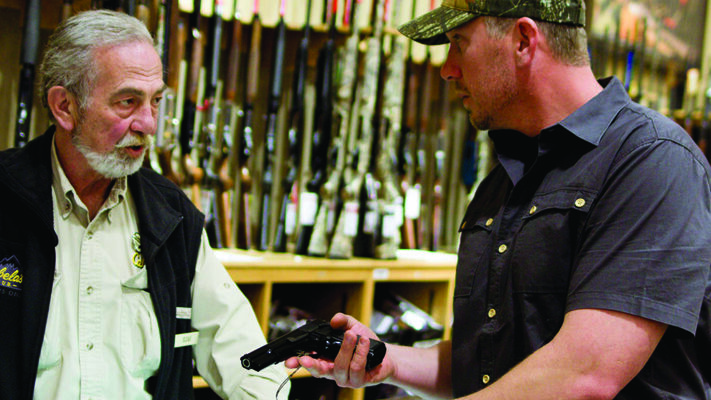 Pennsylvania Gov. Tom Wolf recently vetoed legislation that would have deemed hunting clubs, shooting ranges, gun and ammunition distributors and manufacturers as life-sustaining business under state emergency orders. If the bill had been signed, it would have meant these companies could not be shuttered in their ability to carry out business under emergency circumstances. House Bill 2440 received bipartisan support in both the House and the Senate before being sent to the governor.

Continued access to firearms and ammunition is not only a civil right guaranteed by the Second Amendment, it is of utmost importance during state and national emergencies, making this veto effort all the more concerning. Today’s uncertainties surrounding COVID-19 and other societal upheaval makes it all the more necessary to purchase, train and exercise personal protection, as well as the ability to hunt. By vetoing legislation that protected hunt clubs, shooting ranges and ammo manufacturers, private citizens in Pennsylvania citizens should be concerned that access and the ability to exercise constitutional rights, as well as provide for your family, cannot be guaranteed under emergency orders in the commonwealth.

During difficult economic times, access to firearms and hunting and fishing supplies puts food on the table. A 2013 study conducted by Southwick Associates, the American Sportfishing Association and the Oregon Department of Natural Resources revealed that nearly half of the hunters surveyed (48%) in seven states said that “hunting to save money in a bad or declining state economy was a reason for their decision to go hunting during that time period.” The ability to hunt during difficult economic times is reliant on access to firearms and ammunition; by vetoing this bill, the governor directly threatens the supply chains that hunters rely on to put food on their tables and the ability of people to protect themselves.

“It is a shame that the governor of Pennsylvania vetoed this legislation rather than use it as an opportunity protect the future of Pennsylvania’s families and small businesses during a global pandemic,” said Jacob Hupp, associate director of state services at the Sportsmen’s Alliance. “We were quite pleased to see the bill receive bipartisan support throughout the legislative process, and as a result it is quite perplexing why the governor felt the need to stop widely supported public policy from becoming law.”

Find out what issues our Government Affairs department is currently battling to protect your outdoor heritage.
END_OF_DOCUMENT_TOKEN_TO_BE_REPLACED

By becoming a member of Sportsmen's Alliance you’re taking an important step to help protect and promote our outdoor heritage. Join today to create a powerful and unified voice for sportsmen across the country. END_OF_DOCUMENT_TOKEN_TO_BE_REPLACED