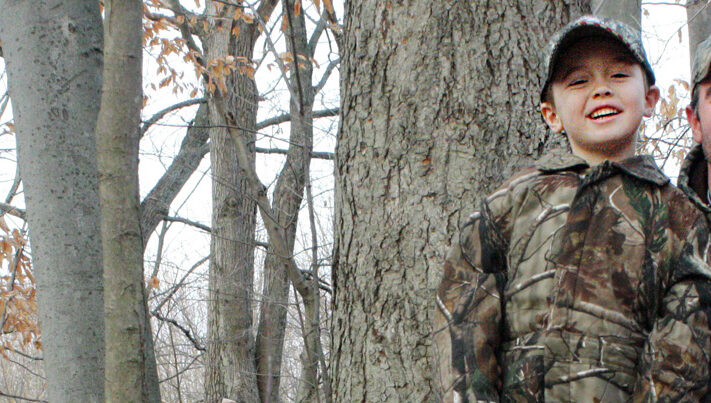 The Sierra Club has renewed its push to change the 70,000-acre Delaware Water Gap National Recreation Area into a National Park and Preserve, thereby closing off tens of thousands of acres to hunting for area sportsmen. Their plan is to re-designate a large portion of the area as the Delaware River National Park and whatever is leftover will be re-designated the Lenape Preserve. They claim the “Preserve” status for some portion of the property will allow for hunting, but don’t be fooled, not even for a minute.

Sierra Club has pushed this idea for about a decade, but due to push-back from hunters and hunting organizations, they have not yet succeeded in getting this change through Congress. Of course, hunters know that with National Park designation, hunting will be prohibited. This re-designation to a National Park would effectively post a “no hunting” sign throughout tens of thousands of acres of public land that hunters from several states have enjoyed for decades.

And the Sierra Club New Jersey Chapter – the leader on this move – is not shy about why they are pushing so hard for this change right now. From their website:

“… we’re aware that the current favorable climate in Congress is tenuous.  We are working to get this legislation passed in the current session … The change could happen as simply as with the attachment of a rider to an appropriations bill.”

In short, there is no bill to accomplish what they are after, so there will be no hearings, no testimony, no debate, just a rider on a spending bill. Thousands of acres of public land taken from hunters that easily.

Which speaks to a broader issue facing sportsmen throughout the country – closing off access to public land without hunters or hunting organizations involved in the process. The Sportsmen’s Alliance recently raised serious concerns about a move by the Department on Interior to begin settlement talks with a radical environmental organization trying to shut down hunting on National Wildlife Refuges. Hunters, at least thus far, have been shut out of that process. The Sportsmen’s Alliance and our partners intervened in the litigation and have called for its dismissal. More than 40 hunting, fishing and conservation organizations have heeded the call and submitted a letter opposing the settlement talks.

“This baseless, ideological push to restrict or remove hunting from federal public lands needs to end, and end now,” said Evan Heusinkveld, president and CEO of the Sportsmen’s Alliance. “We’ve had to fight for years to protect the right of Alaska to manage hunting practices in federal parks and preserves and now they’re trying to further restrict hunting on national wildlife refuges and are attempting similar things at Delaware Water Gap. This continual attack on sportsmen is unconscionable, especially in the Northeast where hunting areas are severely limited to begin with.”

In modern America, all of us in the hunting camp understand that access to hunting areas, both private and public, is among the biggest hurdles to recruiting new hunters and keeping those who already hunt in the fold. This is especially true in the highly populated Northeast, where access issues pose even bigger threats to our future.

Limiting or closing off hunter access to 70,000 acres in the Delaware Water Gap Recreation Area should be strongly opposed by all those who support hunting and our continued contributions to fish and wildlife resources at the state and federal levels. Even for those who have never visited or hunted in this area of the country, this could set yet another precedent where the pressure to close hunting on public land becomes a routine threat to our way of life.

There are those who claim that by including the Preserve designation as part of their overall re-designation effort, they are embracing hunting and allowing for it to continue. Don’t be fooled. Hunters in West Virginia and surrounding states can tell you how they were led to believe this very thing with a change to Park status for the New River Gorge area. In that case, hunters lost and lost big. Likewise, in California, a petition to the game commission originally sought to ban bobcat trapping in Joshua Tree National Park. Instead, the commission ran with the proposal and banned it statewide.

We must act now to stop the Sierra Club’s move to close off hunting on this public land!

Find out what issues our Government Affairs department is currently battling to protect your outdoor heritage.
END_OF_DOCUMENT_TOKEN_TO_BE_REPLACED

By becoming a member of Sportsmen's Alliance you’re taking an important step to help protect and promote our outdoor heritage. Join today to create a powerful and unified voice for sportsmen across the country. END_OF_DOCUMENT_TOKEN_TO_BE_REPLACED