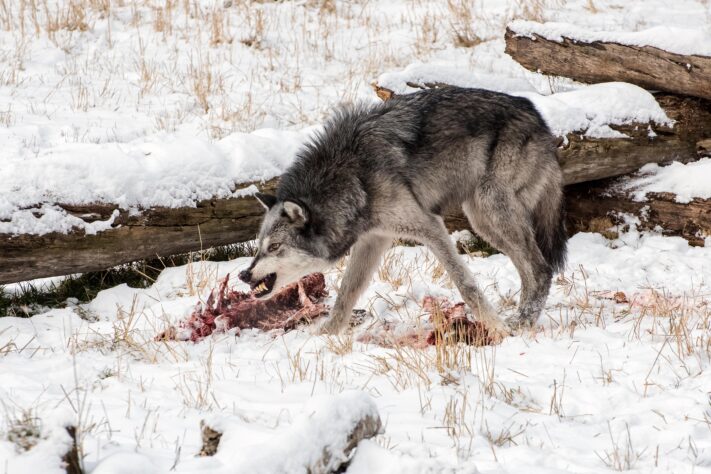 In the ongoing saga over relisting the Northern Rocky Mountain and Western U.S. subpopulations of gray wolves, the Sportsmen’s Alliance filed comments encouraging the U.S. Fish and Wildlife Service (FWS) to resist efforts by environmental extremists to strip wolf management away from the states and return them to threatened or endangered status under the Endangered Species Act (ESA).

The Center for Biological Diversity (CBD), along with Western Watersheds, two extreme anti-hunting organizations, filed petitions demanding ESA protections for western wolf populations last fall, and thankfully, the FWS refused their emergency request. However, FWS did allow for an extended time frame to consider the petitions on a non-emergency basis, noting that ESA protections “may” be warranted.

The Sportsmen’s Alliance and our partners have briefed the FWS on the data regarding these wolf populations, which clearly illustrates that Montana and Idaho are successfully managing wolves, to the point where populations are well above sustainable levels. As usual, CBD and other organizations care little about what the science shows, and care only that hunting, trapping and other uses are out-of-step with their extreme dogma and world views.

“These data are clear: these populations of wolves are under no threat and do not need ESA protection,” said Todd Adkins, vice president of government affairs at Sportsmen’s Alliance. “But once again, the science doesn’t matter to CBD and groups like them, who only want to shut down effective fish and wildlife management.”

ACT NOW! Sportsmen should be heard loud and clear on this one. Those who favor the North American model of fish and wildlife management and oppose extreme environmentalists can comment on the FWS rule here: https://www.regulations.gov/document/FWS-HQ-ES-2021-0106-0001

Find out what issues our Government Affairs department is currently battling to protect your outdoor heritage.
END_OF_DOCUMENT_TOKEN_TO_BE_REPLACED

By becoming a member of Sportsmen's Alliance you’re taking an important step to help protect and promote our outdoor heritage. Join today to create a powerful and unified voice for sportsmen across the country. END_OF_DOCUMENT_TOKEN_TO_BE_REPLACED