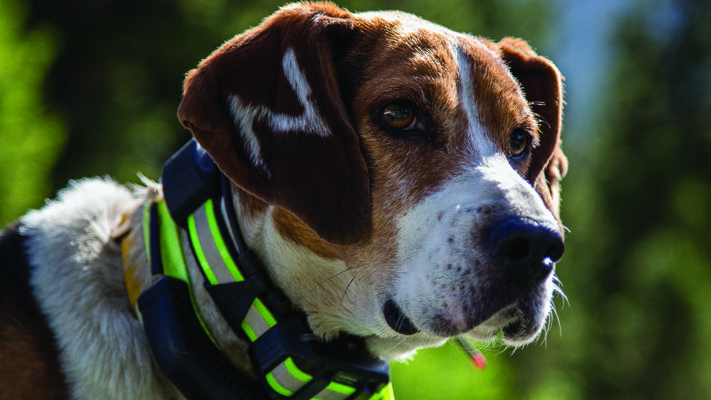 On Aug. 16, 2021, FWS released new regulations governing hunting on the refuge, including major reductions in the bear hound-training season, and the elimination of nearly all hunting with dogs on the Putney Mountain Unit of the refuge.

“Federal law requires FWS to show the public their plans before enactment so they can gather public input,” said Todd Adkins, vice president of government affairs for the Sportsmen’s Alliance Foundation. “This prevents arbitrary governing and is foundational in a functioning and fair democracy, but the Biden Administration failed to comply, denying Vermont citizens a voice that is guaranteed in law.”

“Hunters were completely blindsided by the hunting restrictions because the U.S. Fish and Wildlife Service failed to provide any notice or opportunity for public comment despite the drastic changes,” continued Chris Bradley, president of the Vermont Federation of Sportsmen’s Clubs. “The government’s lack of transparency is the focus of our lawsuit.”

“Bear hunters rely on the summer training season to condition their dogs for the fall hunting season,” said Doug DeVost, president of Vermont Bear Hound Association. “That training is essential to maintain healthy, well-trained dogs in the field, and yet FWS didn’t even give us the courtesy of hearing our input on the impact of this decision.”

“The Fish and Wildlife Service had ample opportunity to share their plans to restrict hunting rights on the refuge with Vermont sportsmen and women but completely failed to do so,  leaving it out of their draft plans for Conte, making no mention of the changes in public meetings or other communications.  FWS even stated in a draft hunt plan that the refuge intended to continue the status quo of allowing hunters to hunt with their dogs on the refuge in compliance with Vermont state law,” said Mike Covey, executive director of the Vermont Traditions Coalition.

The four organizations believe that the precedent of allowing the federal government to hide new rules while denying public input was too much to ignore. The groups are asking the court to vacate the restrictions and are seeking the reimbursement of legal costs to defend a fundamental and basic tenant of federal law.

Find out what issues our Government Affairs department is currently battling to protect your outdoor heritage.
END_OF_DOCUMENT_TOKEN_TO_BE_REPLACED

By becoming a member of Sportsmen's Alliance you’re taking an important step to help protect and promote our outdoor heritage. Join today to create a powerful and unified voice for sportsmen across the country. END_OF_DOCUMENT_TOKEN_TO_BE_REPLACED