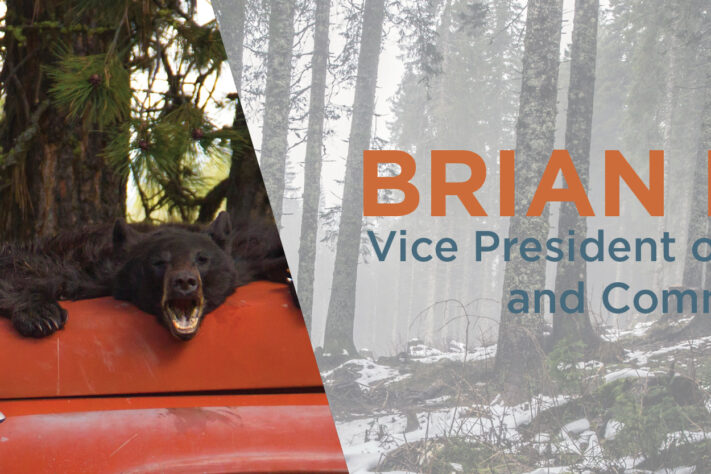 There will be consequences for all Vermonters if the state legislature follows the lead of the Senate Committee on Natural Resources and Energy and eliminates effective predator controls. Want proof of such a bold statement? One needs only to look to the west coast where decades of neglect of wildlife management and disdain for sportsmen have left people literally fearing for their lives.

In the Tahoe region of California in particular, one woman was badly mauled and reports of dozens of break ins by hungry bears, some as big as 500 pounds, have become almost routine. In other areas of the state, a bears enter yards and swim, a teenager pushed a bear over a wall before it attacked her dogs and many other instances of human-bear conflicts have been ongoing for years.

These terrifying scenes are the foreseeable results of continual policies by the California legislature to eliminate the most effective means of controlling predators. Which is precisely what Vermont senators have been contemplating for the last three years. And now, these same Vermont politicians have trained their sights on coyote hunting too, even though there is building evidence that coyotes cause more damage and conflict than any other predator because of their adaptability to any environment. And it doesn’t stop with predators. On top of predator controls, these same Vermont senators are also contemplating a ban on trapping, which of course prevents flooding caused by beavers and rabies caused by other mammals such as raccoons.

And if all this doesn’t seem extreme enough, then consider this. The Vermont Senate Committee on Natural Resources is taking these actions over the objections of the state Fish and Wildlife Department, which is responsible for managing wildlife and balancing their needs with those of the people. This same Senate committee is so upset with the Fish and Wildlife Department for opposing the elimination of effective predator and wildlife controls that they’re also threatening to completely overhaul the state Fish and Wildlife Commission and to pack it with others who think like them, instead of hunters who invest millions each year for the opportunity to take to the woods, thereby managing wildlife problems, too.

Because most people don’t hunt, and even fewer trap, this might not seem like a big deal to most Vermonters. But people in Tahoe might beg to differ now that they’ve got bears in their houses, cars, barns and backyards. And these types of consequences aren’t restricted to the west coast. Closer to home in New Jersey, politicians have treated bear hunting like a pariah, and the result is a surging bear population in the state with the highest human population density. Conflicts are on the rise, just as they were the last time politicians banned the hunt down there. With hundreds of conflicts every year, how long before someone else is mauled to death?

Vermont seems to be following the same pattern that some of these states have been on for some time. If you disagree with someone or something, the trend today seems to be to stamp it out. Start a petition, heap scorn on those who don’t think the same as you do and then ban it. But these types of views have real consequences when bears attack people, coyotes kill pets, beavers flood homes and farms or raccoons spread rabies to a child.

And then something interesting happens. The bears, coyotes, raccoons and beavers have to be managed anyway. And that means they are killed by professionals paid by taxpayers. Professionals, using the very same methods of hunting and trapping, are hired to clear out dangerous and problem animals just as sportsmen had, even as they performed a public service. This make no sense, and worse, costs unnecessary dollars that could be spent on other priorities.

There is a small but very loud minority of people who do not eat meat and oppose the use of animals for almost any reason. The facts and arguments laid out here will mean little to them because they want you to act and behave just as they do. But the much larger public is made up of people who don’t agree with these extreme views and actually understand that effective wildlife management is needed.

Vermonters, and their Senators and Representatives should reject this type of politics, which allows a vocal minority to endanger the greater community while trampling scientific wildlife management and the heritage of Vermont hunters.

Find out what issues our Government Affairs department is currently battling to protect your outdoor heritage.
END_OF_DOCUMENT_TOKEN_TO_BE_REPLACED

By becoming a member of Sportsmen's Alliance you’re taking an important step to help protect and promote our outdoor heritage. Join today to create a powerful and unified voice for sportsmen across the country. END_OF_DOCUMENT_TOKEN_TO_BE_REPLACED