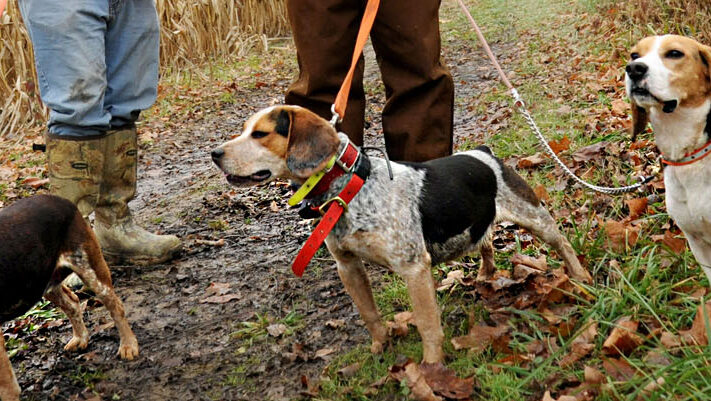 ***UPDATE! On May 5, the Joint committee on Inland Fisheries and Wildlife unanimously voted on LD 1265 as “ought not pass.” Ought not pass indicates the bill is effectively dead for this legislative session.***

State Senator Dave Miramant introduced legislation that would prohibit coyote hunting with dogs and would remove an exemption for hunting dogs running game. Legislative Draft 1265 (Senate Bill 416) has been referred to the Joint Committee on Inland Fisheries and Wildlife where it has a hearing on Wednesday, May 5, at 10 a.m. in the Cross Building Room 206.

Take Action Today! Maine members should contact the members of the Joint Committee on Inland Fisheries and Wildlife and urge them to oppose LD 1265. Committee members can be contacted at the emails below:

Coyotes are a non-native species in Maine, entering the state in the 1930s. As a result, coyotes have been legally hunted with hounds for decades to help manage their numbers. LD 1265 follows a national trend to end predator management activities and, in particular, predator hunting with hounds. Coyotes threaten people, pets, other wildlife and ranchers in Maine, and because of these conflicts Maine has a webpage dedicated to preventing conflict with coyotes.

A 2015 USDA report, titled Death Loss in US Cattle and Calves Due to Predator and Nonpredator Causes, found that 60.9 percent of all cattle lost to predators in New England states (CT, ME, MA, NH, RI & VT) were attributed to coyote depredation that resulted in more than $19 million in cattle loss in New England states. This data clearly indicates there are serious coyote depredation issues ongoing in Maine and this legislation removes a tool from already financially strapped farmers and ranchers in the state.

Beyond ending coyote hunting with dogs, LD 1265 removes an exemption for hunting dogs in the statute concerning dogs running at large. Current law exempts dogs actively engaged in hunting, such as hounds running bears or beagles pursuing rabbits. LD 1265 would put those and other activities at risk by removing the exemption and possibly lumping hunting dogs in pursuit with feral or stray dogs chasing or harassing wildlife.

“There is no rational justification to protect a non-native predatory species in Maine by targeting the conservation work of houndsmen and the livelihoods of ranchers,” said Jacob Hupp, associate director of state services at the Sportsmen’s Alliance. “There is no relevant peer-reviewed scientific data to support a ban on coyote hunting with hounds and the committee must reject this legislation on these grounds.”

Find out what issues our Government Affairs department is currently battling to protect your outdoor heritage.
END_OF_DOCUMENT_TOKEN_TO_BE_REPLACED

By becoming a member of Sportsmen's Alliance you’re taking an important step to help protect and promote our outdoor heritage. Join today to create a powerful and unified voice for sportsmen across the country. END_OF_DOCUMENT_TOKEN_TO_BE_REPLACED