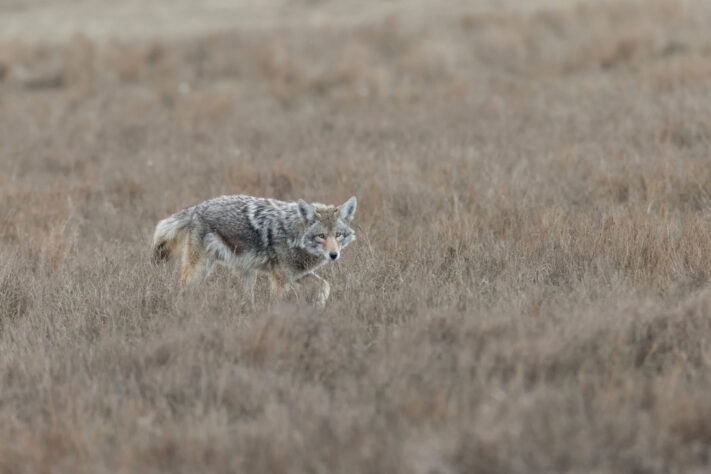 On Thursday, Feb. 10, the Vermont Senate Committee on Natural Resources and Energy will hold a remote (virtual) public hearing on three anti-hunting bills from 5:30 to 7:30 p.m. Registration to speak at the meeting is full, but you can submit written testimony to testimony@leg.state.vt.us. Include the bill number you’re commenting on in the subject line.

Senate Bill 281 Bans Hunting Coyotes with Dogs: is a complete ban on hunting coyotes with dogs. Anti-hunters claim that hounds are a threat to public safety and have referenced only three incidents where coyote dogs have been involved in negative situations.

“Once again, animal-rights activists are showing they will stop at nothing to undermine wildlife management. They’re employing the same weak, emotional arguments they’ve been using for years to destroy our hunting and ranching cultures,” said Brian Lynn, vice president of communications for Sportsmen’s Alliance and sporting dog writer. “Let’s be clear, this bill has zero to do with public safety and everything to do with banning hunting with dogs and ending predator management.”

Senate Bill 129: seeks to eliminate the Fish and Wildlife Board. Currently, the board is made up of 14 citizens (one from each county) who have rulemaking authority as a body, are informed and guided by the Vermont Fish and Wildlife Department and are required to consider public input on all rule changes. Each member is appointed by the sitting governor and may serve only one time.

“This is an absurd violation of separation of powers and basic notions of checks and balances within our system,” said Dillon Barto, manager of state services for Sportsmen’s Alliance. “Moreover, when one considers the vast number of anti-hunting bills recently brought forth by the current Vermont legislature, this bill is nothing short of a fast-track ban on hunting altogether.”

Speak up on all three bills by emailing testimony@leg.state.vt.us and including the bill number in each of your emails.

Find out what issues our Government Affairs department is currently battling to protect your outdoor heritage.
END_OF_DOCUMENT_TOKEN_TO_BE_REPLACED

By becoming a member of Sportsmen's Alliance you’re taking an important step to help protect and promote our outdoor heritage. Join today to create a powerful and unified voice for sportsmen across the country. END_OF_DOCUMENT_TOKEN_TO_BE_REPLACED