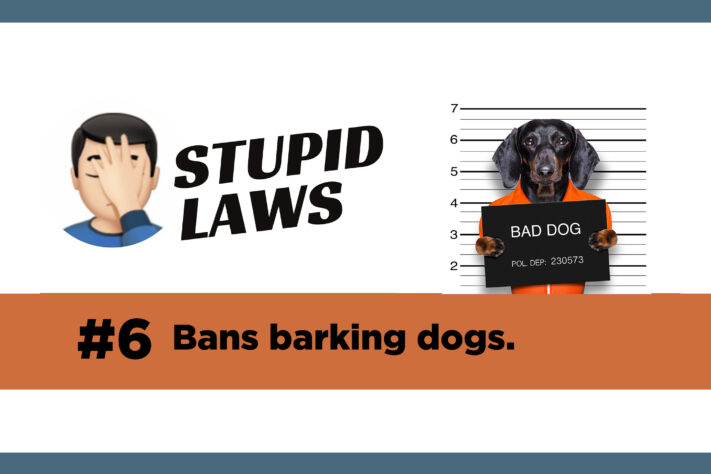 Over the last week, the Sportsmen’s Alliance has reported on several provisions in the St. Landry Parish proposed “Animal Control Ordinance” (ACO) that are unworkable, excessive and, yes, downright stupid. Today’s installment has even gone a step farther into the absurd, as parish officials take on mother nature itself by banning dog barking throughout the community.

This is another case where a word-happy lawyer went all out to make criminals out of law-abiding dog owners. Put simply, the ACO bans any animal making noise “as to disturb the peace or quiet of any person” for ten consecutive minutes or intermittently for 30 minutes. The owner of such animal is subject to fines and potential seizure of their animal for multiple offenses. While different animals make noise, we are assuming that this section is meant to primarily address dogs.

Ten consecutive minutes or intermittently for 30 minutes? The problem, of course, is obvious. Anyone who owns a dog knows that “intermittent” noise for 30 minutes, which has no definition, will apply to each and every dog in the parish on a daily basis. As with so many other provisions within the massive ACO, total discretion will be provided to animal-control investigators to determine when a violation takes place.

Think it’s a good idea for your kids to play ball with the dog in the backyard? Probably not as the dog may bark at minutes 1, 17 and 29, and the animal control officer sitting in the street with a stopwatch will start writing tickets. Moving playtime indoors will offer no real protection as the ACO mentions nothing about volume, so even muted barks, if heard by the same officer, will get you snared for a fine. Perhaps worse, the ACO seems tailor made to be used as a vehicle of revenge between feuding neighbors who can report a barking dog, thereby activating the robust law enforcement apparatus this proposal would create.

Dogs bark for a number of reasons, but the ACO fails to account for nearly all of them. It does offer two unworkable exceptions for a “watchdog” and where an animal is “provoked” into barking, but the wording of these exceptions is so narrow as to render them moot in all cases. For hunters owning several dogs and kenneling them on their own private property, the ACO offers no exceptions and noise violations will become a recurrent problem with animal control investigators on your property time and again with stopwatch in hand.

“Dogs bark, that’s what they do, but the ACO requires dog owners to somehow stop all barking 24/7,” said Todd Adkins, vice president of government affairs at the Sportsmen’s Alliance. “I don’t know what magic pixie dust they think a dog owner can use to make this happen, but as with everything else in this crazy proposal, I don’t think animal extremists care if it’s possible, they just want compliance and to write tickets.”

Find out what issues our Government Affairs department is currently battling to protect your outdoor heritage.
END_OF_DOCUMENT_TOKEN_TO_BE_REPLACED

By becoming a member of Sportsmen's Alliance you’re taking an important step to help protect and promote our outdoor heritage. Join today to create a powerful and unified voice for sportsmen across the country. END_OF_DOCUMENT_TOKEN_TO_BE_REPLACED