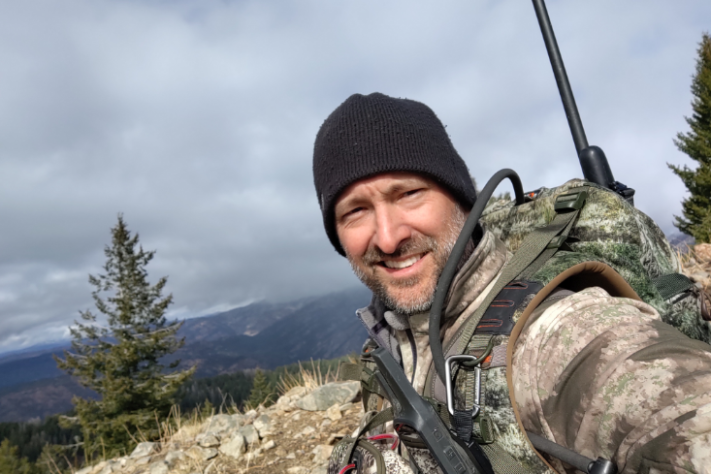 The start of the new year also signals the start of state legislative sessions nationwide. From now until around mid-June, legislation and regulations will come up for discussion and vote in capitol buildings in a non-stop flurry that will make your head spin. Here’s a quick look at some topics to watch for that will directly impact hunters or that will continue the slide down the slippery slope  we’ve recently seen. Be sure to sign up for your state alerts to stay up to date!

Washington State: It’s hard to believe any state could out-California California, but Washington state has done it under Gov. Jay Inslee. For those who live here, like me, the state is headed in the wrong direction at best, in total shambles at worst. For hunters, the issues run even deeper.

The terms of three fish and game commissioners were up Jan. 1. Gov. Inslee will now reappoint commissioners or appoint new ones. Commissioner Don McIsaac has already said he won’t serve again. Commissioner Kim Thorburn is running and has asked for reappointment. That ain’t happening. Thorburn, a nonhunter, has been outspoken in her disagreement with the governor and other commissioners in their anti-hunting policies and rhetoric. King Inslee doesn’t take kindly to those who challenge his authority. Commissioner Barbara Baker, the rumor is, will be reappointed. Not a surprise. She’s Inslee’s pet and openly bragged in commission meetings about having his ear and vetting the last round of commissioner appointments.

Right now, the commission is 5-4 against traditional uses and the North American model. Odds are when Inslee gets around to appointing new commissioners (given the publicity lately, I’m betting sooner rather than as late as last time), the commission will be closer to 7-2. Stay tuned.

Predator Management: This is the underpinning tactic of those on the Washington game commission, and something espoused by Humane Society of the United States, Center for Biological Diversity and, most recently, Wildlife For All. Last spring, we saw a coordinated effort at every level of government to end bear, lion, bobcat, wolf and coyote hunting across the West and elsewhere. Predator management is the key and what topples the first domino of destruction for our enduring outdoor traditions. You can bet on more of it.

Expanding the Lead Ban: The Sportsmen’s Alliance rattled cages last year when we revealed the Biden administration was secretly negotiating with the Center for Biological Diversity to implement a lead-ammunition and -fishing-tackle ban on wildlife refuges. Some called us alarmists or accused of us of playing politics. We weren’t playing at anything, and everything we said came true – including a quick-strike expansion of the “hunt-fish rule” to lands beyond the National Wildlife Refuge System. To close 2022, a group petitioned the administration to implement a similar ban on all lands controlled by the National Parks Service. It would be a bold move indeed to petition so quickly for comparable rules on National Forest Service lands or Bureau of Land Management properties, but it’s possible we see it in 2023 given the administration’s propensity to reward its collaborators on this issue.

California Youth “Marketing”: As I write this, the next issue of our membership magazine, The Sportsmen’s Advocate, is being designed, edited and will head to the printer in a few weeks. Due to California’s new law around “marketing” to minors, we had to change the cover, redact text and images, and pull advertisements in a special print run for residents of the state. It will be late hitting those mailboxes as we had to print them separate with a different printer. We’re currently hoping for an injunction that puts the law on hold until the matter of its constitutionality is settled. How this case advances is very important to more than just California sportsmen – the First Amendment is at stake for every one of us nationwide.

Stalwart State Attacks: Speaking of The Sportsmen’s Advocate, there’s a piece in the upcoming issue detailing how anti-hunting doctrine takes hold in even the most ardent of hunting states. Anti-hunters have no fear walking into strongholds like Montana or Texas. Heck, the Sportsmen’s Alliance overwhelmingly defeated a ballot measure banning trapping on Montana public lands in 2016. Now similar groups are trying to stop liberalized wolf seasons, methods and limits in the state.

In Texas, an offshoot of the group Project Coyote is trying to end lion hunting and trapping. Texans for Mountain Lions unsuccessfully petitioned the parks and wildlife department, but the group will undoubtedly return in 2023. They are part of the national scene to end all predator hunting – coyote, bear, wolf, fox and lion. This is how a group from California impacts and infiltrates a stalwart state like Texas. Watch for another regulation request this year, and likely, at some point, a lawsuit attempting to force the Texas Parks and Wildlife Department to conduct a study on the mountain lion population and, of course, a halt to all hunting and trapping until the study is complete.

Find out what issues our Government Affairs department is currently battling to protect your outdoor heritage.
END_OF_DOCUMENT_TOKEN_TO_BE_REPLACED

By becoming a member of Sportsmen's Alliance you’re taking an important step to help protect and promote our outdoor heritage. Join today to create a powerful and unified voice for sportsmen across the country. END_OF_DOCUMENT_TOKEN_TO_BE_REPLACED